‘Tiger’ seeks a look behind ‘champion’ – Rise and fall of icon

NEW YORK, Jan 14, (Agencies): For a man who first appeared on television when he was 2, showing Bob Hope how he could already swat golf balls, the public actually knows little about Tiger Woods. Getting behind carefully-constructed walls was the challenge faced by filmmakers Matthew Hamachek and Matthew Heineman, whose two-part HBO documentary “Tiger” premiered last Sunday at 9 p.m. Eastern.

Even without their subject’s cooperation, the men created a fascinating portrait of a champion driven relentlessly to success. Neither filmmaker is a big golf fan. Hamachek traces his interest in Woods to the disastrous Thanksgiving night in 2009 when a car accident led to the unraveling of the golfer’s marriage and discovery of his secret life with other women. He recalled thinking about how he knew nothing about a man who was instantly recognizable. It’s hard not to cringe watching a clip included in the documentary of Woods as a toddler on a television stage, saying when a microphone is held to his face that “I want to go poopoo.”

He was pushed there by his late father, Earl, who emerges on the film as the same sort of intense stage dad that damaged musicians Michael Jackson and Brian Wilson had. Woods’ kindergarten teacher tells of being rebuffed by Earl when she suggested giving Tiger time to play other sports besides golf. Earl talks in a 1996 interview about the great things his son will accomplish as a golfer and humanitarian, and a teen-aged Tiger says he might be the “Michael Jordan of golf.” It’s remarkable how, for a time, he succeeded. But imagine the pressure. Woods’ high school girlfriend, Dina Parr, shows a poignant clip of a carefree Woods dancing at a party with a blissful look on his face. “I wanted to protect that sweetness of him,” she said, “because I could tell he didn’t know what was coming.” Neither did she. Ordered dismissed by parents who saw her as a distraction, Woods cut off their three-year relationship with a letter. She never spoke with him again.

Relationships
The film relies heavily on interviews with Parr, Woods’ former pro caddy Steve Williams and another friend, Amber Lauria. All were once close to Woods and saw their relationships end abruptly. Yet none appear to have axes to grind. “One of the things that was surprising about making this was how much everybody — from the people in his life today to the people who were cut out of his life, often in harsh ways — are still so protective of Tiger,” Hamachek said. “I think they witnessed the pressure, the expectations, all those identities being pressed upon him at a young age, and I think he talked to them about it.”

A former golf pro that a young Woods worked with, Joe Grohman, revealed how he and Earl Woods exposed the prodigy to a seamy side of life. Both older men repeatedly cheated on their wives with women at the golf club. Earl Woods had a Winnebago he’d use for trysts. Grohman now regrets the example they set. “Sorry, champ,” he says through tears. “Sorry.” Parr said seeing the behavior made Woods angry at his father, “but he could never express it.” “Obviously, in many ways, Tiger repeated the sins of his father,” Heineman said. “Not to excuse it, or suggest that he didn’t have agency in his own life, but it was interesting and tragic to see how that happened.” When Woods achieved fame, his golfing prowess amplified by endorsement deals with Nike and others, he pursued hobbies that could be viewed as an escape — scuba diving and training with Navy SEALS. “This was a kid who never grew up,” Heineman said.

“This is a kid who didn’t have a life, who didn’t make the mistakes that normal people go through. It’s also the most famous person on the planet who hated being in the spotlight. He hated living that life. He did everything he could to avoid being in that position.” The first part of the documentary ends in ominous fashion. Famed ex-girlfriend Rachel Uchitel sits in front of a camera and asks her interviewer, “What do you want me to talk about?” There’s plenty. In the background, a soundtrack plays the John Cooper Clarke song, “Evidently Chickentown,” used by filmmakers for its ominous sound, as it once was in an episode of “The Sopranos.”

Appeals
Don’t get the sense that this is a made-for-tabloids documentary. You see all the soaring drives, famous putts, the fist pumps. You learn what has made him a great golfer, and what injuries stole from him. Nick Faldo is a key interview subject. “Hopefully, the documentary appeals not just to longtime fans and devotees of Tiger Woods, but also to people who know nothing about golf and could care less about golf,” Heineman said. “That was our goal.” The directors asked twice if Woods wanted to be interviewed, but were turned down. A representative of the golfer didn’t immediately return a message from The Associated Press.

The men had just signed on to make the film, an adaptation of the 2018 book “Tiger Woods” by Jeff Benedict and Armen Keteyian, when Woods won the 2019 Masters in thrilling fashion. “Matt and I were texting, (saying) I think our story got a lot more interesting today,” Heineman said. While it made a natural punctuation for the film, the directors resist the cliché of casting it as a moment of redemption. “I don’t know why Tiger has to redeem himself in the eyes of the public, and I don’t know what winning a golf tournament has to do with redeeming himself,” Hamachek said. “Tiger” offers a revealing look at the rise, fall, and epic comeback of global icon Tiger Woods.

The series paints an intimate picture of the prodigy whose dedication and obsession with the game of golf not only took his fame and success to new heights, but also down a dark, spiraling road that eventually led to a legendary sports comeback, culminating in his victory at the 2019 Masters. “Tiger” highlights never-before-seen-footage and interviews with those who know Tiger Woods best, including his former caddy and close friend, Steve Williams; golf legend Sir Nick Faldo; his father Earl Woods’ friend and biographer, Pete McDaniel; Tiger’s first true love, Dina Parr; and Rachel Uchitel, the woman at the center of the sex scandal that forever altered Tiger’s world, breaking her silence for the first time 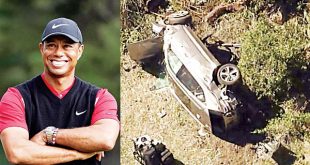 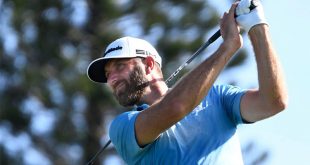 Johnson eases to another victory at Saudi International 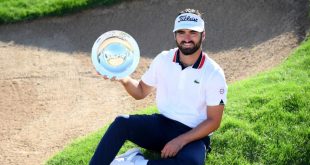 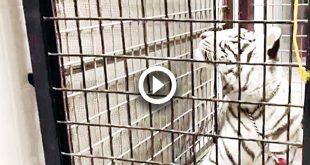