MADRID, Dec 11, (Agencies): Teenage climate activist Greta Thunberg accused world political and business leaders of being more concerned with their own image than taking aggressive action in the fight against climate change at a United Nations summit on Wednesday.

Delegates in Madrid are wrangling over how to implement a 2015 agreement in Paris to avert potentially catastrophic global warming – but the 16-year-old Swede admonished their approach. “It seems to have turned into some kind of opportunity for countries to negotiate loopholes and to avoid raising their ambition,” she said on stage, drawing applause from an audience that included dozens of her supporters. “I’m sure that if people heard what was going on and what was said … during these meetings, they would be outraged,” added Thunberg, who was named Time Magazine’s Person of the Year for 2019 on Wednesday.

Politicians are grappling with outstanding issues in the implementation of the Paris pact including rules governing carbon markets and calls to raise emissions targets next year. “The real danger is when politicians and CEOs are making it look like real action is happening when in fact almost nothing is being done apart from clever accounting and creative PR,” Thunberg added.

UN chief Antonio Guterres exhorted major world economies on Wednesday to signal more ambitious commitments to cut greenhouse emissions as climate talks in Madrid hit an intense phase. “We need to have the big emitters understanding that their role is essential, because if the big emitters fail, everything will fail,” Guterres told Reuters in an interview. “If we just go on as we are, we are doomed.”

Avert
He was speaking in a hangar-like conference centre in Madrid where ministers from around the world are cloistered in the final days of two-week talks to shore up the 2015 Paris Agreement to avert catastrophic global warming.

Major polluting countries such as China, India and the United States – which is leaving the pact – are not expected to make big new announcements at the summit, where delegates are focused on technical negotiations over rules on carbon markets.

Nevertheless, Guterres hopes the talks will conclude on Friday with a strong signal that governments are ready to submit more ambitious climate plans in 2020, seen as a make-or-break year for the Paris process. Under the deal, countries are supposed to submit more stringent targets to cut carbon emissions in the run-up to the next annual round of talks in Glasgow. Scientists say that current pledges are nowhere near enough to stabilise the earth’s climate in time to avert catastrophic sea-level rise, prevent severe damage to agriculture, and stop droughts and fl oods generating waves of forced mass migration.

Guterres urged major emitters to send a clear signal they are ready to increase their ambition next year and “hopefully” commit to net zero carbon emissions by 2050 – seen as vital to keeping global temperatures within manageable levels.

The European Union’s new executive was set to launch a “Green Deal” policy package on Wednesday, trumpeting the plan to raise 100 billion euros for the initiative and enshrine a 2050 carbon neutrality goal as its “man on the moon moment”. Japanese Environment Minister Shinjiro Koizumi acknowledged criticism of his country’s high dependence on coal from Guterres and others. “While taking these criticisms seriously I would like to stress Japan is taking concrete action towards decarbonisation and delivering the results,” he told the session.

Many high-emitting countries and companies are banking on meeting their commitments to cut greenhouse gases by turning to carbon markets, which enable those exceeding reduction targets to buy credits from others that do not. Supporters of carbon markets say they lower the cost of reducing emissions and enable countries to commit to more ambitious targets. Others see them as a way to stall more aggressive action.

European Union states rejected on Wednesday a deal on a set of rules governing which financial products can be called “green” and “sustainable”, an EU official said, in a major setback for the bloc’s climate ambitions. The deal struck last week by EU lawmakers and the Finnish presidency of the EU was blocked on Wednesday by EU diplomats at a meeting in Brussels, as several governments raised concerns on the agreement. Talks with the European Parliament will have to resume in coming days with the aim of finding a deal before the end of the year, the official added. 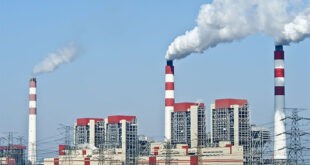 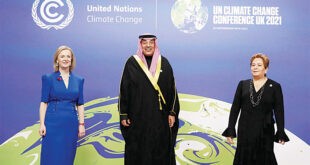 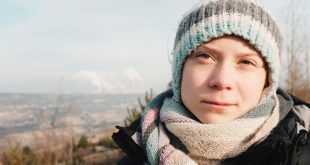 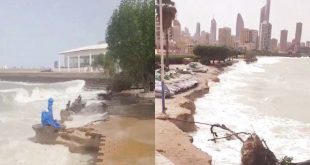 This post has been read 9038 times! KUWAIT CITY, July 27: Environmental experts differ on …