KUWAIT CITY, Jun 3: The Indian Ambassador to the country, Jeeva Sagar, participated in the distribution of food baskets that were provided by the Indian Community Support Group (ICSG) with a donation from various associations and Indian citizens, to their community members in the isolated area of ​​Jleeb Al-Shuyoukh.

ICSG meeting organizer Rajpal Tiyagi praised the embassy’s great interest in helping their community members and personal intervention by the ambassador in providing assistance in addition to the dedication of volunteers from the community to provide assistance to those in need and those affected by the spread of the Covid virus 19.

Ambassador Sagar said, in a speech held at the school The United Indian in the Jleeb region said that the difficult times and adversity show the people’s minerals, praising what the ICSG has done to help the community members, expressing his deep thanks to the Kuwaiti government for caring for Indian citizens as always and even in these difficult times.

He stated that the ICSG group of 14 prominent members of Indian society was formed by the Embassy of India on April 20 to respond to the basic and basic needs of some sections of Indian society during the difficult times of Covid-19.

ICSG has so far distributed 6000 food parcels and nearly 180,000 meals during the past month, as more than 40 Indian societies have gathered to participate in the distribution in addition to contributing their resources. 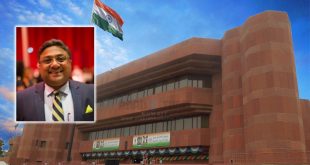 KUWAIT CITY, Dec 9: The Indian Embassy in Kuwait as part of its ‘Aatmanirbhar Bharat …