The upcoming season of “The Boys” has so many surprises, revelations and themes ripped from today’s front pages that some actors are wondering if their show runner has psychic super abilities. “I don’t know what kind of crystal ball Eric Kripke has … we shot this show last year, July to November. And when this show airs in September, there will be points where you would think we were shooting during quarantine,” said Laz Alonso, who plays Mother’s Milk.

“There is so (many) moments of social unrest that hadn’t happened yet that it’s almost eerie.” Amazon Prime Video’s hit superhero show is hoping to up-the ante of shock, thrill, action – and ultimately success – that it garnered last year during its debut. Although it was one of Prime’s most watched series, it’s no longer a surprise and will now play the role of incumbent hoping to get reelected. “I was so happy with how season one turned out and to either hit or exceed that bar was really stressful,” said Kripke, known for leading the fantasy drama “Supernatural.”

“Where I landed was not to try to go bigger because that’s sort of unsustainable…But instead, try to go deeper and try to create a more intense, more insane, more emotional season.” Based off the comic by Garth Ennis and Darick Robertson from which the show also derives its name, the series follows The Boys, a small group of mercenaries, as they chase a popular and famous ensemble of A-list superheroes called The Seven. The Boys, headed by Billy Butcher (Karl Urban), Hughie Campbell (Jack Quaid) and Alonso are threaded together by their individual vendettas against the “heroes,” but these aren’t the usual squeaky-clean icons found from Marvel or DC Comics. 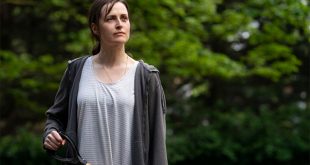