KUWAIT CITY, July 26: An 18-year-old Arab girl is in serious health condition due to severe smoke inhalation after fire broke out in a flat in Hawally area.

In a press statement issued by Kuwait Fire Service Directorate (KFSD), the Public Relations and Media Department explained that the Control Room of KFSD, after receiving information about a flat on fire, dispatched firefighters to the location along with paramedics and securitymen.

They discovered that a girl was trapped in the burning flat on the fifth floor of a residential building in Hawally area. Firefighters immediately rescued her and referred her to paramedics who rushed her to Mubarak Hospital where she has been admitted in the Intensive Care Unit in critical condition.

Firefighters evacuated all the tenants from the building, especially since heavy smoke had spread through many flats. They then extinguished the fire before it spread further. Preliminary investigations revealed that the fire broke out in the victim’s father’s room. Further investigations are ongoing to determine the cause of the fire. High-ranking officials were present at the location. 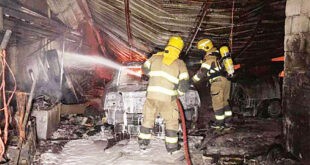 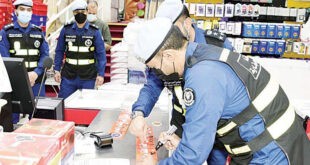 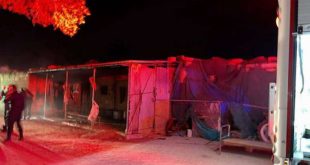 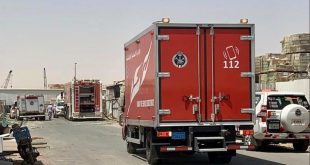