‘Surge witnessed in rate of dud cheques in six months’

KUWAIT CITY, Nov 20: Cases of bounced cheques in the country have been assuming an alarming rate, considering the value of dud cheques rose to KD 864 million within the first six months of 2017, reports Al-Seyassah daily.

Official statistics from the Central Bank of Kuwait (CBK) indicate the value of dud cheques stood at KD 830 million from January to June 2016 and rose to KD 863.9 million within the same period in 2017, coming down to 6 percent increase with a difference of KD 33.9 million.

The surge witnessed in the rate of dud cheques within the period did not indicate a proportionate increase in the number of cheques, as it only recorded a difference of one, noting 3,343 dud cheques were issued within the first six months of 2016 and 3,344 in 2017. The total value of cheques is- sued for transactions in local banks within the first half of the year was KD 14 billion, which was KD 1.8 billion higher than the previous year that recorded KD 12.3 billion at 14.5 percent rate.

Meanwhile Police officers from Farwaniya Security Command arrested a citizen for impersonating a detective officer with a police ID, heroin, crystal meth, lyrica pills and handcuffs in his possession, says Al-Seyassah. The arrest happened when the officers spotted the citizen in the act of committing an offense along the Fifth Ring Road.

According to a security source, police patrol attached to Farwaniya Security Command noticed the citizen when he stopped an Asian man on the side of Fifth Ring Road. The two officers rushed to the scene and stopped next to the citizen and Asian. The officers noticed signs of fear and tension on the face of the citizen, prompting them to inquire about his identity, revealing that the citizen was born in 1990 and appeared to be in an unstable condition.

The source went on to indicate that upon inquiring the Asian man, he told the officers he was stopped by the citizen who claimed to be a detective. When the officers continued questioning the citizen, it was discovered that he has a criminal record and he is wanted by law for a financial case of KD 3,000. The officers then performed precautionary search on the citizen and they found out he is in possession of a handcuff, narcotics, traffic violation book which is used by traffic police to register traffic violations, identification card for a police working as a warden, medical leave form and other official papers. The citizen was referred to the concerned authority where necessary legal measures were taken against him. 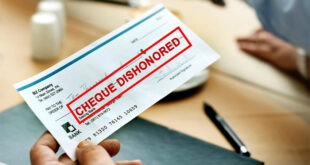 Cheques worth KD 426 million bounced in 66 months in Kuwait

This post has been read 6291 times!KUWAIT CITY, June 7: Commercial Bank of Kuwait would …