Seven up for Man City as they demolish Schalke

Ronaldo blasted home the decisive goal from a penalty with four minutes left to seal a 3-2 overall triumph having made the breakthrough in the 27th minute and levelled the aggregate score three minutes after halftime with another towering header.

It was his eighth hat trick in the Champions League, pulling him level with Barcelona’s Lionel Messi, and took the Portugal international’s tally in his favourite club competition, where he is the all-time leading scorer, to 124.

The former Real Madrid player, aiming to win the Champions League for the sixth time with his third club, having also lifted the trophy with Manchester United, took his tally against Atletico to 25 goals in 33 matches in all competitions.

“This was why Juventus brought me here, to help do things that they have never done before,” said Ronaldo, now 34. “This is the mentality you need to win in the Champions League.”

Shell-shocked Atletico failed to muster a shot on target as they paid the price for an ultra-cautious approach by defensive-minded coach Diego Simeone in the last-16 second leg tie.

“Simply an epic match,” said Juve’s Giorgio Chiellini. “The best way to celebrate my 500th appearance for the club.”

Defender Chiellini had the ball in the visitors’ net after just four minutes following a goalmouth scramble but it was disallowed for foul by Ronaldo on goalkeeper Jan Oblak.

The Serie A side bombarded the Atletico area with crosses but made little headway against a packed defence until Federico Bernardeschi switched to the left and floated a cross to the far post where Ronaldo outjumped Juanfran to head in.

With Atletico making little effort to look for the away goal that could have changed the complexion of the tie, Juventus continued to press forward.

Bernardeschi curled a free kick over the crossbar and also produced an ambitious bicycle kick which flew wide before Chiellini had a header tipped over by Oblak.

Atletico’s first real chance fell to on-loan striker Alvaro Morata who got between two defenders to meet Koke’s cross from the right only to head over.

Juve went straight back on the attack after the break and quickly levelled the aggregate score at 2-2.

Ronaldo met Joao Cancelo’s cross with another powerful header and although Oblak clawed the ball away, goal line technology showed that it had crossed the line by centimetres and the referee signalled a goal.

Atletico brought on Vitolo and Angel Correa in an attempt to add more bite to their attack but to no avail.

With extra-time looming, Bernardeschi powered into the area and was pushed in the back by Correa, leaving Ronaldo to blast home the penalty to the delight of the Juve supporters.

Rampant Manchester City demolished a woeful Schalke 7-0 to complete a 10-2 aggregate win and become the third English side into the quarter-finals.

City’s record home win in Europe did not look likely after a quiet opening 35 minutes but once Sergio Aguero began the rout from the penalty spot it became embarrassingly easy as City reached the last eight for the third time in four years.

Aguero doubled City’s lead three minutes later and the impressive Leroy Sane made it 3-0 before halftime.

Raheem Sterling and Bernardo Silva finished off flowing moves after the break and youngster Phil Foden bagged his first European goal before Gabriel Jesus made it seven, rounding off the biggest ever Champions League defeat for a German side.

City, who trailed 2-1 in the away leg with 10 men before turning it around late on, join local rivals Manchester United and Tottenham Hotspur in Friday’s quarter-final draw, the first time since 2011 that atleast three English clubs are in the last eight.

Liverpool can make it a full house when they play against Bayern Munich on Wednesday.

With Real Madrid and Paris St Germain having been knocked out, Guardiola’s side will fancy their chances of going all the way for the first time in the competition.

“It was a clear result. We didn’t start that well, we were a bit scared to play,” Guardiola, whose side racked up the biggest aggregate win by an English club in the knockout rounds, said.

“But after it went 1-0, we relaxed and decided to play and be aggressive.”

Schalke’s players were barracked by their own fans at the end of a miserable night for Domenico Tedesco’s side who face a fight to preserve their Bundesliga status.

“You can imagine how I’m feeling. Terrible,” Tedesco said. “We played well for 30 minutes, but after we went 1-0 down, we had an extreme drop off in performance.”

The sight of Sane causing so much discomfort for his former club hardly helped their mood.

The 23-year-old, who joined City in 2016, was a handful all night but it was the ever-reliable Aguero who got the ball rolling – coolly dinking his penalty down the middle after Silva was bundled over by Jeffrey Bruma.

Aguero then took advantage of Sterling’s backheel to make it 2-0 although a near three-minute VAR delay to check whether the England forward had been offside in the buildup frustrated the fans inside the Etihad Stadium.

Sane then swept in City’s third as Guardiola’s side began to cut through a dispirited Schalke at will, although again there was an annoying VAR delay before his goal was confirmed.

Sane had a goal wiped out for offside in the second half but then produced a great slide-rule cross to feed Sterling who powered home City’s fourth goal in the 56th minute.

Boos rang out as VAR was yet again employed to ensure Sterling had been onside when the ball was played across.

Another Sane assist allowed Silva to make it 5-0 before City threaded their way through the Schalke defence and Foden skipped around exposed keeper Ralf Faehrmann to add a sixth. 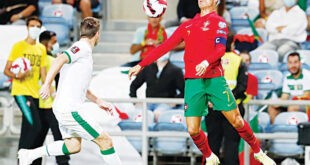 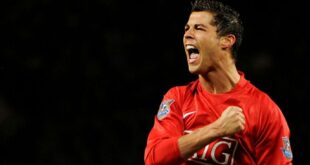 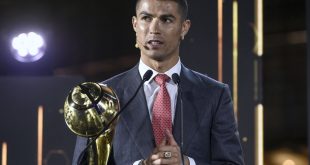