BAGHDAD, Dec 12, (AFP): A suicide bomber struck an Iraqi position on the border with Saudi Arabia, killing six guards, officials said Saturday, an attack claimed by the Islamic State group. The bomber detonated an explosives-rigged truck at a border post in Iraq’s vast Anbar province on Friday and also wounded 14 guards, an army lieutenant colonel and a local official said. IS issued a statement claiming the attack, which it said was carried out by a bomber identified as Abu Ali al-Ansari.

The statement was accompanied by photos, some of which were apparently shot from a drone. One showed a truck trailed by a long cloud of dust approaching a small outpost in the desert, while another pictured a massive column of smoke tinged with fire almost completely obscuring the position. Other shots showed fighters with machineguns and a mortar who were said to have supported the attack. The truck itself was shown swathed in homemade armour that covered all but a small window for the driver and an air intake for the engine.

IS has overrun significant territory in Anbar province, which stretches from the borders with Syria, Jordan and Saudi Arabia to the western approach to Baghdad, including provincial capital Ramadi. IS used dozens of car and truck bombs in the operation in which it seized Ramadi in May, and explosive devices are a key aspect of the jihadists’ offensive and defensive tactics. Iraqi security forces have been fighting to close in around Ramadi for months, and succeeded in retaking a large area on the southwest side of the city last week. Meanwhile, several thousand protesters, most of them members of Shiite paramilitary forces, gathered in central Baghdad on Saturday to demand the withdrawal of Turkish troops from Iraq.

Iraq says Turkey deployed troops and tanks to a base in the country’s north last week without its permission, sparking a diplomatic uproar between Baghdad and Ankara. Turkey insists the forces were deployed to protect trainers working with Iraqi forces at the site, but Baghdad has repeatedly demanded their withdrawal and complained to the UN Security Council. Groups within the Hashad al-Shaabi, or Popular Mobilisation forces, which are dominated by Iran-backed Shiite militias, called for the demonstration against the Turkish military presence. “As the leader of a military brigade, I am not fully satisfied with the government’s action, and we are here to say that Iraq’s patience has run out,” said Ali Rubaie, the commander of a unit usually stationed west of Baghdad. Iraqi Prime Minister Haider al-Abadi should have struck “with an iron fist at the beginning,” rather than make concessions to Massud Barzani, the leader of Iraq’s autonomous Kurdish region, and others, he said. “But we are not here to doubt the ability of our commander-in-chief, and as a brigade we are ready,” said Rubaie, who wore a military uniform and had a large Iraqi flag on a pole resting on his shoulder. Some protesters trampled a Turkish flag and others chanted slogans or waved banners against Turkish President Recep Tayyip Erdogan. Not all the demonstrators were fighters, including businessman Hussein al- Samawi, who came from the city of Samawa, south of Baghdad, to take part. “We agree with every step the prime minister is taking right now,” said Samawi, who was dressed in a suit. 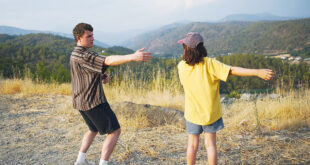 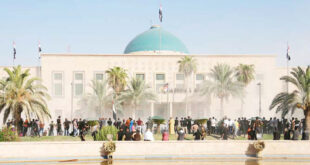 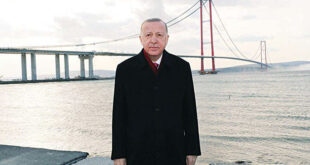 This post has been read 5063 times! BAGHDAD, March 7: Iraq is pressing ahead with …