Study done on ‘competition’ between 6 local, Gulf dairy cos, factories in Kuwait

These companies and others compete with each other to obtain the largest share of the local market by developing their production lines and keeping pace with the needs and desires of customers in the local market, in addition to diversifying the products offered. The most prominent products offered by these companies to customers in Kuwait are fresh milk, long-life milk, and long-life flavored milk, and yogurt products.

Competing
EXCPR stated that the study aims to measure the most actively competing companies in the dairy sector in Kuwait for the year 2022, with the aim of developing the quality level of services and products provided by companies. It revealed, based on the study, that one of these companies controls about 48.4 percent of the dairy sector in Kuwait, while another company takes up 21.6 percent of the local market.

Controlled
One of the competing companies controlled about 44.7 percent of the total volume of the yogurt sector in Kuwait. The second and third places were taken by other competing companies at a rate of 17.5 percent and 12.6 percent respectively. In conclusion, the CEO of EXCPR Consulting Engr Nayef bin Abdul Jaleel Bastaki explained that developing the production lines and simulating the desires of customers are the most important factors in building the market share of companies in the future.

The diversity of products and their continuous presence, either on the shelves or in the minds of customers, is one of the important matters in the continuity of competition and for maintaining advanced positions. The market share is one of the basic and important indicators that the members of the board of directors and the rest of the executive management rely on, as it helps in understanding the company’s activity and its ability to compete in the markets, in addition to keeping up with the changes that appear in the behavior of customers from time to time. 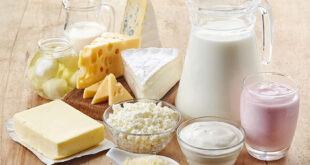 ‘No plan to hike prices of dairy’ 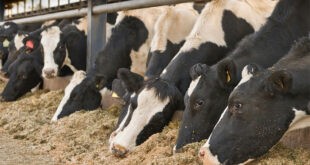 Kuwait consumes 1,200 tons milk and its derivatives per day 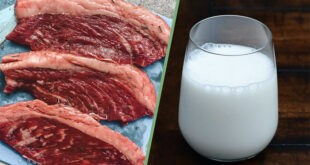 This post has been read 9160 times! Cattle Research Center a pilot farm for research, …