KUWAIT CITY, Dec 1: Kuwait authorities in its fight to prevent Omicron mutant coronavirus infiltration specially after the detection in neighbouring countries, strict measures have been taken in issuing of tourist visas specially from those countries where Omicron virus has been detected.

Senior ministerial sources confirmed that currently there are no plans to impose curfew or lockdown in Kuwait. Director of Ahmadi Health District Dr. Ahmed Al Shatti stated the need of the hour is to continue to adhere to health requirements and preventive measures also at land, sea and air ports.

The Ministry of Interior has issued about 1,200 tourist visas within a week where maximum daily requests were set to 600 visas only. Majority of these visas are issued to 53 countries citizens through e-visa online system. In addition some expats from Gulf countries who have specific professions are also granted tourist visas.

Kuwait has advised its citizens and expatriates against leaving the country at present as part of precautions against the new coronavirus variant Omicron, Gulf News quoting a local newspaper said. Kuwaiti authorities have said the new strain has not been detected in the country and have suspended flights from nine African nations.

Al Anba newspaper, citing “well-informed” sources, said the Omicron-related developments are still unclear in terms of scale of spread and hotspots. “It may be rife in one country, but there are no clarifications,” an unidentified source. “Taking tougher precautions at the local and foreign levels depends on the spread of the variant,” the source added. The Kuwaiti Foreign Ministry Tuesday urged citizens against travelling abroad unless necessary to stay safe. The ministry called on Kuwaitis, who have to travel at present for compulsory reasons, to strictly comply with health standards and measures enforced by several countries to tackle the coronavirus and its mutants.

Saudi Arabia said Wednesday it detected its first case of the new coronavirus variant omicron. The kingdom’s state-run Saudi Press Agency said the case was a citizen coming from what it described as a “North African country.” The report said the infected individual and his close contacts had been quarantined. The case marks the first known instance of omicron being detected in a Gulf Arab nation. Much remains unknown about the new variant, which has been identified in more than 20 countries, including whether it is more contagious, whether it makes people more seriously ill, and whether it can thwart the vaccine. 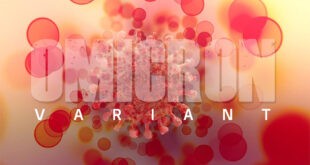 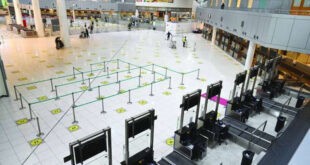 This post has been read 90120 times! KUWAIT CITY, Jan 2: Kuwait embassies in Germany, …