The trailer’s release coincides with the launch of ticket sales for the seventh installment in the beloved franchise, which will bow in theaters on Dec 18. On Sunday, Lucasfilm unveiled the theatrical poster for “The Force Awakens” as part of the countdown to the trailer and ticket release. Despite initial plans for the tickets to go on sale following the trailer’s debut, online ticketers put them on sale almost two hours before halftime, straining many sites, including Fandango and MovieTickets.com, with many users reporting site crashes and error messages as fans rushed to secure their seats.

The new footage opens with Daisy Ridley’s Rey as she scavenges what looks like an old starship — likely the Imperial Star Destroyer seen in the first trailer — before moving on to John Boyega’s Finn as he questions his place in the galaxy. Another shot reveals Adam Driver’s Kylo Ren ominously promising to finish what Darth Vader started. While the trailer is heavy on action and sweeping shots of the Millennium Falcon, it still plays coy with the stars of the original trilogy — Harrison Ford’s Han Solo and Peter Mayhew’s Chewbacca get the most screen time of the returning actors, with only a brief glimpse of Carrie Fisher’s Leia and no full shot of Mark Hamill’s Luke, who is implied to be the cloaked figure seen with R2-D2 in the trailer.

Lucasfilm’s promotional strategy for the hotly anticipated film has been meticulous, beginning with a coordinated launch of the first teaser which debuted in 30 theaters and online in November, followed by a longer teaser trailer that premiered during Star Wars Celebration in April. Other footage, including TV spots, a behind-the-scenes making-of reel and a special Instagram scene have been parceled out over recent months, along with a massive toy launch, but the latest release is believed to be the final theatrical trailer, which is expected to be attached to the latest James Bond installment, “Spectre”, upon its Nov 6 release.

Rian Johnson is directing “Star Wars: Episode VIII”, which is scheduled for for release on May 26, 2017. Colin Trevorrow’s “Episode IX” is slated for a 2019 release, while a standalone Han Solo origin film, directed by “21 Jump Street” helmers Phil Lord and Chris Miller, will bow in theaters on May 25, 2018. The first standalone film in the franchise, “Star Wars: Rogue One”, will debut on Dec 16, 2016.

“Star Wars” fans were given the longest look yet at “The Force Awakens” film on Monday, in an action-packed trailer which became the top trending topic on Twitter and sparked a rush of bookings which crashed a US online ticket seller.

The two-and-a-half minute trailer, which debuted during halftime of ESPN’s National Football League game, quickly attracted more than 17,000 tweets per minute, according to Twitter. It was viewed on YouTube more than 220,000 times within the first 20 mins.

Tickets for the film’s US release on Dec 18 went on pre-sale at the same time as the trailer, with US ticket seller Fandango crashing temporarily.

Fisher makes her trailer debut as Leia, along with the character’s trademark hair buns, as she is embraced by Han Solo. Leia is heard saying “The Force, it’s calling to you. Just let it in”. Notably missing was Mark Hamill, who reprised his role as Luke Skywalker but is yet to be seen in character.

The trailer for the film, directed by J.J. Abrams, provided the vast scope the new film will be taking and the challenges that its leading characters will face.

Finn (John Boyega), a Stormtrooper on the run, says “I was raised to do one thing, but I’ve got nothing to fight for”, and is later seen battling villain Kylo Ren (Adam Driver).

Kylo Ren is shown alongside the charred mask of Darth Vader, saying “Nothing will stand in our way. I will finish what you started”.

Ahead of the trailer release, Abrams tweeted a note, saying “We cannot wait to share the trailer with you tonight. I don’t care if you’re black, white, brown, Jawa, Wookie, Jedi or Sith. I just hope you like it”.

Meanwhile, a fourth movie in the “Back to the Future” series looks unlikely, one of the films’ executive producers said on Monday, as fans of the time-travelling comedies gear up this week to mark the exact day that Marty McFly travelled to from 1985.

With this year marking the 30th anniversary of the first blockbuster film, some fans had hoped for a revival of the franchise at a time when others movies are getting reboots.

Christopher Lloyd, who played Dr Emmett “Doc” Brown in the trilogy, told the Hollywood Reporter last week he would reprise the role if the whole cast, including Michael J. Fox, who played McFly, and director Robert Zemeckis returned.

Fox, now 54, was diagnosed with Parkinson’s disease in 1991. He semi-retired from acting in 2000 as his symptoms worsened and focused his energy on research for a cure. But he has since done a few television shows.

“You have to be careful when you’re doing a sequel or a ‘prequel’, because it’s really about the story. You can’t just do the same story over and over again”, producer Frank Marshall told Reuters.

“I think it’s OK to have sequels, but they have to be their own movie as well … I’m happy to see things like “Jurassic”, like “Bourne”. I don’t think we’re going to see another “Back to the Future” … I think that one’s done”.

This Wednesday, Oct 21, is being dubbed “Back to the Future Day”. McFly and Doc travel there in the second film to find a world of flying cars and hovering skateboards or ‘hoverboards’, along with phenomena that turned out to be closer to the mark such as wearable eyeglass-screens and video calling.

In-demand Korean singer-actor, Lee Joon-gi has joined the cast of “Resident Evil: The Final Chapter”, the sixth instalment and franchise finale of the “Resident Evil” series. He plays the Umbrella Corporation’s Commander Lee.

It is the first Hollywood role for Lee, who came to prominence in 2005 for his role in Lee Joon-ik’s hit period drama “The King and the Clown”. Lee previously starred in Korea-Japan co-production “Virgin Snow”, and recently finished shooting Chinese film “Begin Again”, which was previously known as “Under the Sicily Sun”.

The 14-min short is centered on two women discovering a Polaroid camera and discovering the horrible past it hides. It won the Best Short and Best Cinematography awards at the recent Los Angeles Horror competition.

Petter Lokke and John Hagen at El Dorado Films produced the short with Klevberg. Dimension acquired the movie rights and has set Klevberg to direct and produce with Lokke and Hagen.

Chris Bender, Jake Weiner and Jake Wagner will produce for Benderspink with Roy Lee at Vertigo. Keith Levine and Matthew Signer will oversee for Dimension.

Klevberg is repped by Benderspink and attorney David Fox. The news was first reported by Deadline Hollywood. 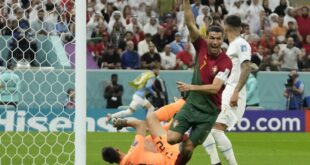 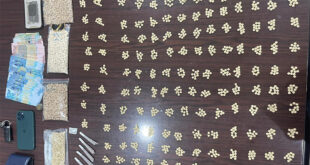 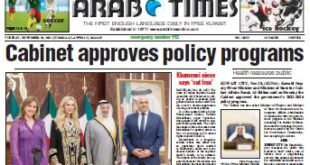 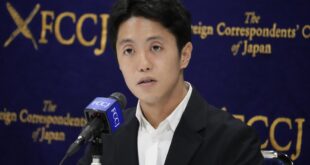