KUWAIT CITY, Nov 4: A Filipino maid, who is believed to be 32 years old is accusing her sponsor of sexually molesting her when his wife and children were not at home, reports Al-Rai daily. The daily said, the woman started bleeding and it is the culprit himself who took her to the Mubarak Al-Kabir Hospital.

The daily added, the condition of the maid was pathetic and she had to be admitted to the intensive care unit (ICU) until her condition stabilized. The sponsor has been referred for interrogation and the maid will be referred to Forensics department.

The Al-Anba daily said the man sexually assaulted her violently inside his home in one of the regions of the capital Governorate while his wife and children were away, despite her pleading with him not to do it. The daily also said what is striking about the case is that the maid’s sponsor was the one who drove her to the Amiri Hospital for treatment. 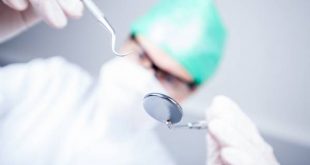 KUWAIT CITY, Oct 28: The Hawalli police raided an apartment in Salmiya which was turned …