MADRID, April 25, (AP): A court in Spain sentenced nine former soccer executives, players, and businessmen to prison after finding them guilty of colluding to fix the result of soccer matches. It is the first time someone has been sent to prison for match-fixing in Spain.

The investigation focused on two matches at the end of the 2013-14 season in which Osasuna’s executives paid two Real Betis players to influence the outcomes.

A court in the region of Navarra issued a sentence on Friday that declared that former Osasuna executives paid former Betis players Antonio Amaya and Xabier Torres to encourage them to beat Real Valladolid in the penultimate match and then lose against Osasuna in the last match of the season.

The court sentenced Amaya and Torres to one year of prison. Former Osasuna executive Ángel Vizcay received the longest sentence of eight years and eight months. Two businessmen were also found guilty in the fix. The sentence can be appealed. 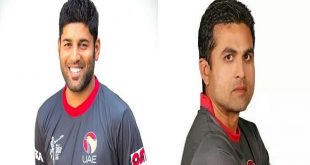