LIMASSOL, Aug 12: On Aug 12, S&P Global Ratings affirmed its ‘AA/A-1+’ long- and short-term foreign and local currency sovereign credit ratings on Kuwait. The outlook is stable. The affirmation indicates that our ratings on Kuwait continue to be supported by the sovereign’s high levels of accumulated fiscal, external, and household wealth, despite the low oil price environment.

The ratings are constrained by the concentrated nature of the economy and persistently low economic growth on a per capita basis, as well as by regional geopolitical tensions. Kuwait derives about 60 percent of GDP, more than 90 percent of exports, and over 80 percent of fiscal receipts from hydrocarbon products. Given this high reliance on the oil sector, we view Kuwait’s economy as undiversified, and the sharp fall in oil prices over the past two years has significantly affected Kuwait’s fiscal and current account (flow) balances, as well as its wealth levels as measured by GDP per capita.

The Kuwaiti government, via the Kuwait Investment Authority (KIA), has accumulated substantial assets through savings from oil and gas production over the years, amassing an estimated more than $500 billion. By law, the Kuwaiti government has to allocate at least 10 percent of its annual revenues to its Reserve Fund for Future Generations (RFFG), managed by the KIA. Kuwait has therefore saved its oil wealth in what we consider to be a prudent manner and the government’s large net asset position, which we estimate at over 3.5x GDP at the end of 2016, is a significant ratings strength that provides a substantial buffer to lower oil prices. We forecast oil prices (Brent) to average $40 per barrel (/bl) in 2016, $45/bl in 2017, and $50/bl in 2018-2019. Kuwaiti crude (KEC) trades at about a $5 discount to Brent.

The country’s crude oil production in 2016 is estimated at about 2.8 million barrels per day (bpd), and is expected to grow by at least 2 percent year-on-year in 2016 and 2017, following two years of contraction, primarily due to outages in the shared neutral zone with Saudi Arabia. The government does not publicly disclose the size and structure of the reserve fund and information on KIA’s assets is limited, but we estimate that KIA manages more than $500 billion, of which about $380 billion is in the RFFG and $120 billion in the General Reserve Fund (GRF).

While the RFFG is designed to assist future generations, ostensibly after oil supplies have run out, the GRF can, and has, been used to meet present-day fiscal needs. We include both the RFFG and GRF in our estimate of government reserve assets because, if needed, we believe the government may consider authorizing drawdowns from the RFFG. RFFG funds will continue to grow on reinvested earnings, and further, albiet lower, contributions from fiscal transfers.

On the flip side, however, the government will partially finance fiscal deficits by drawing down from the GRF. On a net bottom-line basis, we still expect Kuwait’s net fiscal asset positions to remain above 3x GDP up to 2019.

Kuwait increased its annual contributions to the RFFG to 25 percent of total revenues from 10 percent in the three fiscal years (ending March 31) up to and including fiscal 2014/15, because high oil prices produced very strong revenues, and the government chose to save more. With oil prices sharply lower since late 2014, transfers to the fund from 2015/16 onward have reverted to 10 percent, which is the long-term saving rate and the minimum that can be transferred into the RFFG by law.

Our base-case scenario assumes that Kuwaiti oil output will remain at a minimum of 2.8 million bpd until 2019. Production is likely to increase if an ongoing dispute in the shared Neutral Zone with Saudi Arabia is resolved, and if Kuwait’s planned investment in the oil sector, especially the new northern fields, comes to fruition.

We estimate real GDP growth to average about 2.2 percent in 2016-2019 tied to an increase in oil production, the development of non-crude and non-oil projects, and relatively steady domestic consumption. The general government budget (not counting investment income) averaged a surplus of around 25 percent of GDP between 2001 and 2013/14, but the surplus began to fall sharply in 2014/15. Excluding KIA’s investment income, Kuwait’s government ran a deficit of about Kuwaiti Dinar (KD) 6 billion (or 17 percent of GDP) in 2015/16, financed by a combination of drawdowns from the GRF and some domestic debt issuance.

In fiscal 2016/17, the government has set a deficit target of KD 8.6 billion (25 percent of GDP) assuming an oil price of $35/bl and 2.8 million bpd of production, before accounting for transfers to the RFFG, and KD 9.6 billion (28 percent) after accounting for the transfer.

When we include income from its vast KIA investments, we forecast the Kuwaiti government will continue to run surpluses of around 6.5 percent of GDP for the budget years 2016/17-2019/20, despite low oil prices. The Kuwaiti government is managing the lower oil price environment in several ways.

First, it plans to increase oil production by restarting production in the shared Neutral Zone with Saudi Arabia. This will likely increase production by about 150,000 bpd. The government is also planning to step-up production at other wells and in new areas. In the medium term, on the revenue side, the government is considering a corporate tax at a flat rate of 10 percent as well as introducing a value-added tax. However, neither is likely to be implemented before 2018.

On the expenditure side, spending on goods and services was down in 2015/16, but the wage bill has remained broadly constant. The biggest savings have been on fuel subsidies, which automatically fell after the fall in the oil purchase price. Significant electricity tariff increases have been planned for September 2016. Wage freezes and the repricing of public services are being considered, but face significant opposition from some Kuwaiti MPs and Kuwaiti nationals.

A strike at the stateowned Kuwait Oil Company in response to planned benefits cuts led to those cuts being scrapped. Despite the fiscal pressures, the government has increased capital spending to give the economy a fiscal boost. The government plans to finance fiscal deficits via drawdowns from the GRF as well as domestic and international bond issuance, and has already increased issuance on the domestic market. Strong oil exports led to current account surpluses averaging more than 33 percent of GDP in 2009-2015. We forecast these surpluses will fall to an average of 4.3 percent in 2016-2019.

Given the government’s policy of investing a large portion of its surplus abroad, we estimate Kuwait had a net external asset position of more than 6x current account receipts (CARs) in 2015. At the same time, we project that gross external financing needs will remain relatively low, averaging around 99 percent of CARs plus usable reserves in the next four years. Externally, Kuwait’s metrics are very strong, and stronger than those of almost all peers, including in the Gulf Cooperation Council (GCC).

Kuwait’s exchange rate is pegged to an undisclosed basket of currencies. We view Kuwait’s regime as slightly more flexible than the foreign exchange regimes in most other GCC countries, which maintain a peg to the dollar alone.

That said, we acknowledge that the exchange rate regimes for all GCC countries are consistent with a reliance on US dollar- based oil export revenues and that Kuwait has sufficient resources to defend the peg. We view Kuwait’s financial system as stable; its banks are well capitalized, with ample liquidity as per Basel III standards, and operate in a reasonably strong regulatory environment. Domestic credit growth is expected to remain broadly flat. Our Bank Industry Country Risk Assessment (BICRA) for Kuwait is ‘4’, on a scale of ‘1’ (strongest) to ‘10’ (weakest).

The stable outlook reflects our expectation that Kuwait’s fiscal and external positions will remain strong, backed by a significant stock of financial assets. We expect these strengths to offset risks related to the current low oil price, Kuwait’s undiversified oil economy, and what we assess as its relatively nascent parliamentary system, in addition to geopolitical tensions in the region. We could lower the ratings if low oil prices or slow growth were to significantly weaken Kuwait’s fiscal and external positions or undermine Kuwait’s wealth levels (measured by GDP per capita), if Kuwait’s domestic political stability were to deteriorate, or if geopolitical risks were to significantly escalate. We could raise the ratings if political reforms were to enhance institutional effectiveness and improve long-term economic diversification, if geopolitical risks fade significantly, and if prospects for the oil sector improve significantly. 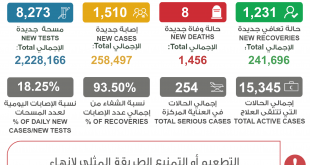 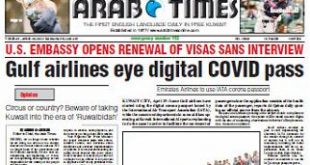 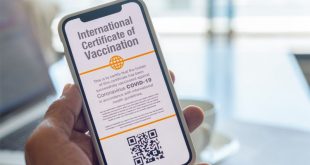