KUWAIT CITY, Jan 9, (KUNA): The Kuwaiti Public Institution for Social Security (PIFSS) has filed a libel suit with the Supreme Court of the United Kingdom against assets’ managing company, Man Group PLC, and its subsidiaries.

PIFSS said in a press release on Wednesday it was seeking in the libel tentative reclamation amounting to $156 million, charging the company with making clandestine deals with a former official of the institution during 1996-2013.

The institution said it submitted the libel suit in November, but abstained from revealing the legal move, pending warranted official approval. The press release quoted Minister of Finance Dr Nayef Al-Hajraf as saying that instructions by His Highness the Prime Minister Sheikh Jaber Al-Mubarak Al-Hamad Al-Sabah “with respect of combating corruption and taking legal action were implemented this year.”

Al-Hajraf, as cited by the press release, said PIFSS had taken legal measures against officials of Abraj Holding Group and now these procedures would be completed against a British financial company and its group, affirming its approach for reforms and legally punishing the corrupt. Meanwhile, Hamad Al-Humaidhi, the PIFSS Director General, said the institution has filed the libel after completing examination of the past investments, acquiring needed evidences and documents.

PIFSS has taken the legal measures against the investment manager of the British company, he says, affirming that it will continue scrutinizing the relevant enterprises and taking the warranted legal measures to reclaim public funds, with support by the political leadership and the Cabinet.

Share
Previous Govt discussing new amendment to trade act to address interest inflation
Next Veneration of the dead, contempt for the living 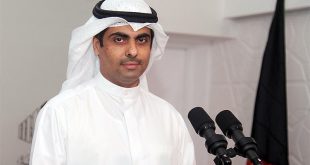