KUWAIT CITY, Oct 25:  An officer from Ministry of Interior Ministry found himself in a dilemma of choosing between two options — either continue being a star on “SnapChat” or keep his job, reports Al-Rai daily.

According to security sources, he informed his officials about his intention to resign from his job in the ministry. The officer was referred to the Department of Supervision and Inspection after being accused of violating military laws and regulations in force at Ministry of the Interior. The officer is famous for posting funny clips on his SnapChat account, a matter that puts him in an embarrassing fix, as he is affiliated to a security apparatus.

Share
Previous ‘KD 10,000 fine for barbecue’
Next Cars with no plates 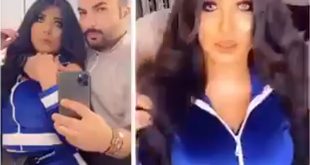