KUWAIT CITY, Jan 29: Whoever underestimates the law, practices medicine without a permit endangers the lives of patients, reports Al-Qabas daily.

This became a painful when an intensive campaign was carried out by the Public Authority for Manpower (PAM) in coordination with a specialized team from the Residence Investigation Department, the Ministry of Commerce and the Ministry Health as it resulted in the arrest of domestics working as support staff with a plastic surgeon who was practicing the profession without a license.

The campaign is part of a move to modify the demographics and breaches committed by some private sector companies and residence traders and to limit the recruitment of marginal workers.

During the raid medical clinics in Salmiya 10 workers found in 3 clinics were holding domestic visa and worked as support staff using lasers during cosmetic surgery and others were working as beauticians without a licenses.

The campaign also resulted in the seizure of another group of workers who held visa Article 18 but were found to be unqualified or worked without a licence. Legal measures were taken against them and they were referred for investigation. The inspection team monitored another set of violations in some medical clinics as some of them were holding family visa and had failed it to transfer to the company they worked.

The sponsors were notified of the violation in addition to transferring the file of the clinics to the legal authorities to force them to correct the conditions of the violators. In one of the clinics, inspectors of the Medical Licensing Department of the Ministry of Health recorded a series of violations committed by doctors due to lack of the necessary licenses in addition to employing unqualified workers from India and the Philippines in nursing professions. 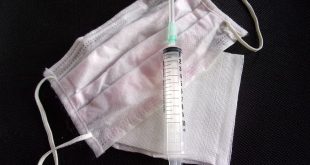