KUWAIT CITY, March 28: A Bedoun man sustained injuries to his head and hands during a quarrel in Jahra area, says Al-Seyassah.

According to security sources, when the Operations Room of Ministry of Interior received information about the quarrel, securitymen and paramedics rushed to the location. They discovered that some passers-by managed to settle the quarrel and took the injured man to Jahra Hospital in a private vehicle.

Securitymen went to the hospital and questioned the patient, who revealed the identity of his attacker. He revealed that the cause of the quarrel was former disputes between them. Securitymen took necessary steps to find and arrest the suspect.

Meanwhile, a Kuwaiti citizen and his 17-year old son went to Ardiya Police Station and filed a case against an unknown individual who attacked his son. Using the details provided by the victim, securitymen launched investigations to find and arrest the suspect. 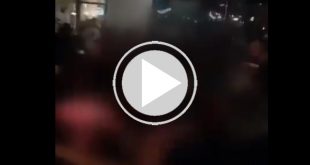 Egyptian expat beats up Indian expat and humiliates him

Two youths fight over a girl

“Bodybuilder” beats up his friends

Fight between youngsters in Khairan area