Seismic shift in MP bill on agency; End to privilege

KUWAIT CITY, Feb 22: MP Abdulkareem Al-Kandari has submitted a bill on amending Commercial Law No. 68/1980, particularly Article 24 to read as follows: “Any foreign company can establish its branch in the country and operate here without the need for a Kuwaiti agent.” The bill also stipulates amending Article 31 of Public Tenders Law No. 49/2016 on the conditions that individuals or companies must meet to participate in public or limited tenders, as well as direct contracting.

Individuals or companies must be registered in the commercial register, in addition to the suppliers and contractors register. Al-Kandari explained the bill is aimed at eliminating the privileges granted to local agents, most of whom caused problems which impeded the implementation of many development projects due to the absence of suitable technology and unwillingness to support national projects.

He said most local agents focused on making gains and engaged in visa trading, instead of working in the interest of the public. He added some of these agents won tenders and then divided the projects which were distributed to subcontractors who failed to meet the conditions.

Meanwhile, National Assembly Speaker Marzouq Al- Ghanim sent a cable to Saint Lucia’s Speaker of the House of Assembly Claudius Frances and Senate Speaker Stanly Felix to greet them on their National Day. He also sent a cable to Brunei’s Speaker of the Legislative Council Abdulrahman bin Tayyeb to greet him on the National Day of his country. In addition, Al-Ghanim had a meeting with former Minister of Defense Sheikh Hamad Jaber Al-Ali on Tuesday. By Saeed Mahmoud Saleh Arab Times Staff 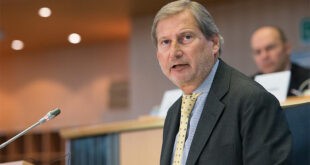 Foreigners can own, trade local bank shares in Kuwait