HOLLYWOOD, United States, Nov 11, (Agencies): Scandal-hit Hollywood left its woes behind Friday to honor Amy Adams for a glittering career that has seen her go from waitress to five-time Oscar nominee.

The 43-year-old — famous for the diversity of her film roles — told AFP ahead of being presented with the 31st American Cinematheque Award that her proudest moment was her first nod for 2005 comedy “Junebug.”

“It really depends where I am in my life, but right now I’m looking for films with a specific message,” she said on the red carpet in Beverly Hills as she weighed her 18-year career.

“It can be very subtle, but I want it to mean something to me and move me forward in my life.”

A host of A-listers paid tribute to Adams in a rare celebration at the end of a week which has seen the industry tarnished by unprecedented allegations of sexual misconduct.

“I’m always happy when I show up at work and she’s there,” Michael Shannon, who starred alongside Adams in 2016 neo-noir thriller “Nocturnal Animals,” as well as two “Superman” movies, told AFP.

“I’ve never seen her be anything but hard-working and easy to be around.”

Adams’s four other Oscar nominations were for best actress in “American Hustle” and supporting-actress roles for “Doubt,” “The Fighter” and “The Master” — but she has never won the coveted statuette.

“I think Amy and I have the same attitude about it. We just feel fortunate that we’re a part of this business to begin with,” two-time Oscar nominee Shannon told AFP.

Adams’s award was a welcome moment of levity in a difficult week of soul-searching in Hollywood, which has seen the Harvey Weinstein sexual misconduct scandal expand to envelope Oscar-winner Kevin Spacey and comic actor Louis C.K.

“It’s sad that people have been hurt and I’m glad that something is being done about it,” said Shannon, 43.

Adams’s movie credits have included awards season favorites such as “Arrival” and box-office smashes such as “Enchanted” and “Man of Steel.”

She won Golden Globes for her work in “American Hustle” and “Big Eyes.”

Adams was presented with the American Cinematheque Award for “making a significant contribution to the art of the motion picture” by “Doubt” co-star Meryl Streep.

Among those expected to attend the star-studded event at the plush Beverly Hilton were Tom Hanks, Jake Gyllenhaal, Chris Messina, Kristen Stewart and Natalie Portman.

Adams was raised in a Mormon family in Colorado — one of seven children, all of whom, she says, liked to act.

She did not tread the boards in high school, but took a job at a theater where she worked as a waitress.

It was not until she moved to Minnesota that a producer saw her in the chorus line of “Anything Goes.”

Her first film role was as Leslie in “Drop Dead Gorgeous” (1999), which tells the story of girls in a Minnesota town competing in a beauty pageant.

Her co-star in the film, Kirstie Alley, recognized her star power and urged her to move to Los Angeles.

Villeneuve, who directed Adams in “Arrival,” told AFP he was captivated by her performance in “The Master,” Paul Thomas Anderson’s acclaimed 2012 psychological drama.

“I thought what she did in this movie is unique in her filmography. It was quite striking,” he said.

Hanks’ introduction took the packed audience inside the Beverly Hilton Hotel ballroom along the “butt-kicking” adventure of Amy Adams’ career, going all the way from her brief stint working at Hooters to the wide-reaching Hollywood success she’s achieved today, through a “struggling actress in Hollywood montage,” which concluded with a brief Harvey Weinstein-related quip.

Hanks also gushed about Adams’ acting talent, referencing a scene from “Charlie Wilson’s War” to demonstrate how the actress is able to steal a scene and grasp the audience through the mere swish of her ponytail.

“There was a moment where the Steadicam was just following her down the hallway, it’s the best scene in the whole movie,” Hanks said. “She did something magical with the back of her head with her hair, she was acting with her hair. We ran it back and the next day, even the crafts guys were saying, ‘Did you see how she acted with her hair? How did she do that?’”

In her acceptance speech, Adams returned the compliments to Hanks. She explained that she spent most of her time filming “Charlie Wilson’s War” just trying not to mess up in front of him.

Replying to the famous ponytail scene, Adams revealed she has been able to do the trick for years. “I learned to do that in second grade, it’s how I thought I would get a boyfriend,” the actress said.

After responding in turn to the remaining panoply of A-list stars who had taken to the stage to recount their experiences of working with Adams, including her “Nocturnal Animals” co-stars Jake Gyllenhaal and Michael Shannon as well as Kristen Stewart, Natalie Portman, Justin Timberlake, Chris Messina and “Arrival” director Denis Villeneuve, Adams ended her speech by revealing that though she still questions whether she should really be an actress, she recently turned to her seven-year old daughter to remind her of the magic that she can bring to audiences.

The evening was also packed with clips of Adams’ most memorable performances, which were divided into her best drama moments, including an emotional “Doubt” scene opposite Meryl Streep, her key roles in sci-fi movies such as “Arrival,” her romantic highlights, including the climactic kiss from “Enchanted,” and finally her most critically acclaimed performances, including a highly-strung scene with Christian Bale from “American Hustle.”

Before Adams’ fanfare began, Christopher Nolan was on hand to present the Sid Grauman Award to IMAX chiefs Richard Gelfond and Greg Foster.

Nolan, who was one of the first directors to use IMAX cameras to shoot a movie with “The Dark Knight,” began by recounting an anecdote of his first-ever IMAX experience. Nolan was sixteen and was at the theater watching a war movie with a friend, and at one point during the screening he turned around to see the audience’s heads all drift in unison with the strafing plane on screen. Many years later, Nolan turned around in an IMAX screening of “Dunkirk” to witness the same effect.

Gelfond explained how Nolan strapped the IMAX cameras to British spitfire planes to recreate dogfights for his most recent film “Dunkirk,” however, it turns out the cameras weren’t insured for such an ambitious piece of filming and Nolan had neglected to tell Gelfond and Foster about his ambitious plan for their technology.

Foster stated, “It goes without saying that if you’ve been lucky enough to have Chris Nolan designing ‘Dunkirk,’ ‘Interstellar’ and the ‘Dark Knight’ trilogy using IMAX DNA, being grateful is an understatement.” 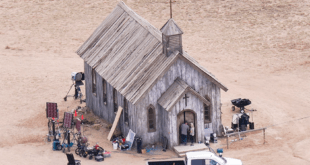 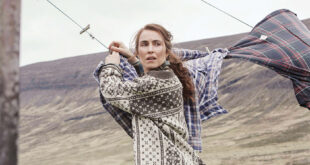