KUWAIT CITY, July 29: The difference between salaries of Kuwaiti women and men in the government sector is more than 41 percent, compared to 63 percent in the private sector in favor of men, reports Al-Qabas daily.

According to statistics issued by the Central Statistics Bureau, the average monthly salary of Kuwaiti men in the government sector was KD1,807 per month in the first quarter of 2019; compared to KD1,279 for Kuwaiti women.

In the private sector, the average salary of Kuwaiti men within the same period is KD1,417; compared to KD866 for women. In general, the average monthly salary of Kuwaiti men in the public sector is KD1,497 compared to KD1,138 in the private sector while the average between the two sectors is KD1,428. Based on these figures, it is clear that the salary of women is less than their male counterparts and the difference is KD540 per month with an average rate of 52 percent. 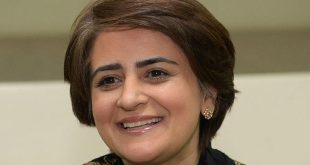 Ahmed Al-Jarallah Editor-in-Chief, the Arab Times THERE are several anomalies in Kuwait, the contemplation of …