Salaries for Govt sector employees suspended until next Wednesday

KUWAIT CITY, Dec 31: Civil Service Commission’s Integrated Salary and Wages System for government sector employees has been suspended until next Wednesday to facilitate data transfer from the old system to the new one, reports Al-Rai daily quoting a reliable source from Ministry of Social Affairs.

The same source explained that suddenly, the administrative and financial sector of the ministry was unable to access the system, which prevented employees from getting clearance for salary certificates and other financial related services provided by the system.

However, information system sector at Civil Service Commission has organized orientation course on the new integrated system and auto-administration services for officials and concerned employees who will be in charge of the system in government sector where it is in use. The move comes in line with government’s development vision 2035 aimed at transforming its services to e-services, while the new system is in the framework of developing the systems of Civil Service Commission, which earlier announced the new system will be implemented through several phases.

Share on:
WhatsApp
Share
Previous MoI sets up security plan to keep order on roads, protect Kuwaitis and Expats
Next Kuwait on list of strangest queries by Britons abroad 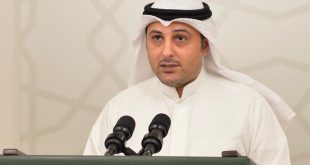 Employers not allowed to cut salaries

Depositing of salaries in banks for the month of April

KUWAIT CITY, April 5: Ministry of Education has warned all private schools that it will …