Roberts returns to TV in ‘Gaslit’

NEW YORK, April 23, (AP): Julia Roberts says she was so gleeful at the sight of Sean Penn arriving on the set of their TV series “Gaslit,” she nearly caused a wardrobe malfunction. “He came in full hair, makeup and costume, and I was so excited I ran to hug him and I was running with such velocity that between my body pad and his body pad, I just kind of bounced off of him, I can’t believe that his head didn’t come off apart from his costume,” said Roberts. “We were laughing so hard.” Penn plays John Mitchell, the former attorney general under Richard Nixon. Roberts is his wife, Martha Mitchell, known as “the mouth of the south,” a regular on talk shows who would eavesdrop on her husband’s phone conversations and tip off reporters with gossip about Washington’s elite. Her loose lips were viewed as such a problem that her husband ordered security to keep her in a hotel room for 24 hours after the Watergate hotel break-in.

Mitchell claimed they removed the phones and television and she was assaulted and injected with a tranquilizer to keep her from trying to leave. The ordeal was so traumatizing it led to her eventual breakdown and the end of the couple’s marriage. “Gaslit,” debuting Sunday, isn’t just another retelling of the Watergate scandal, but instead focuses on lesserknown stories from the era, like Martha Mitchell’s. The show is based on the first season of the podcast “Slow Burn” hosted by Leon Neyfakh. Roberts, who is also an executive producer, was interested in “the idea that we can dig into something that’s a part of American history and show people things that they didn’t know at all, or that they thought they knew but maybe they were wrong.” She feels protective of Mitchell’s legacy and hopes viewers see beyond the exterior of the big personality.

“She had a stutter. She was dyslexic. She had a lot of anxiety talking in front of people, which you would never see when you watch any of the footage of her. She’s so witty and quick and sharp, and she doesn’t miss a beat. It’s impossible to believe that she was nervous in front of people, and yet she really was. It really kind of crippled her, and I think it’s one of the things that led her to drink excessively before some of these performances — because they really were performances — that really wasn’t her personality deep down inside.” “Gaslit” also gives a literal voice to Maureen “Mo” Dean, the wife of White House counsel John Dean. Maureen Dean, a striking woman with blond hair, was a regular on camera during the Watergate hearings, seated stoically and silently behind her husband as he testified.

Research
Betty Gilpin portrays Maureen Dean in “Gaslit” (with Dan Stevens as John) and says she was surprised by her research of the series. “My dad was a huge Watergate-head and was obsessed with the hearings and would always tell me about how everyone was glued to the television. I was prepared to watch this thrilling series that I couldn’t take my eyes away from.” Instead she found: “It’s the driest, most boring (thing) and just drones on.” That realization gave Gilpin a window into her character and the public’s fascination with this young woman in the background on their television.

“I feel like the cameraman was like, ‘Look at this beautiful blonde. I’m going to frame her in because we got to keep the viewers.’” The Maureen Dean we see in “Gaslit” is much more than just a woman standing by her man, but an informed person with strong opinions on the administration who won’t hesitate to check her husband’s ego when necessary. “Our show takes creative license, and it’s not, you know, an exact transcript of what happened,” said Gilpin, who also read the 1975 memoir “Mo: A Woman’s View of Watergate” to prepare. “I wanted to honor the real Mo Dean, while also taking my own license and creating a three dimensional person.” 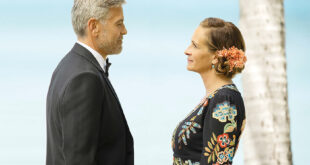