Residence transfers of Ahmadi teachers pending over a month

‘Delay nothing but negligence’

KUWAIT CITY, Oct 11: A number of teachers of Ahmadi Educational Zone revealed that their transactions related to transfer of residencies have been awaiting completion for almost one month, as they are left pending in the passport department due to unknown reasons, reports Al-Rai daily.

They lamented that they had complained with the concerned department and later discovered that the reason for the delay is nothing but negligence.

The teachers explained that they have to pay fines due to the delay in the transfer of their residencies. Supposedly, 25 transactions are completed in a day, which means about 750 transactions should be completed at the end of each month. However, that is not the case in reality. They revealed that they, besides having to deal with the delay in transactions, also are treated badly by some female employees to the extent that one of teachers saw his passport being thrown on the ground by an unbothered female employee.

The teachers urged the concerned official at Ministry of Education to follow-up with the relevant authorities and bring an end to their suffering by completing their transactions and putting a stop to the accumulation of fines. Meanwhile, the administrative sector of Ministry of Education has received a recommendation by Central Agency for Remedying the Status of Illegal Residents (stateless) to suspend some bedoun teachers from work and stop the payment of their salaries, reports Al-Rai daily quoting an official source in the Ministry of Education.

The source affirmed this action is being taken from time to time for various reasons including security cards or remedying the status by acquiring the nationality of any other country or obtaining the Kuwaiti nationality. The source told the daily: “The suspension of Bedoun teachers is effective from the end of the last contract, each of them according to the reasons explained.” The source explained, “The last batch was suspended, including 6 teachers, all working in the Capital Educational Zone.” The source asserted the ministry’s commitment to instructions issued by the Central Agency. 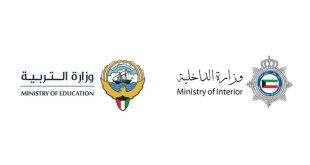