KUWAIT CITY, May 24: Some Municipal Council members have reacted to a recent announcement issued by Kuwait Municipality to terminate the services of several adhoc expatriate workers. The members see the step as bigotry and urge the Minister of Municipal Affairs Essa Al- Kanderi to rescind on the decision, especially for Syrians, reports Al-Rai daily.

Vice-Chairman of the council Meshal Al-Juwaisri cautioned the municipality against touching dedicated workers. He asserted that some members of the council do not have secretaries contrary to officials of the municipality some of whom keep retinue of secretaries. He said the decision to terminate the appointment of adhoc expatriate workers is a disaster, and should be revisited and reconsidered so that reform will not be carried out at the expense of the poor.

In his comment, another Municipal Council member Mane’ Al-Ajmi expressed personal objection to the step taken by the municipality in that regard, especially as the municipality needs their services. He advised the municipality to maintain the workers and reminded that many of them are privy to confidentiality of the council and municipality. He urged the minister to grant them three months grace period to amend their status.

Meanwhile, an official source at Kuwait Municipality disclosed that Director General of Kuwait Municipality Engineer Ahmad Al-Manfouhi tried his best to stop the decision but the Financial Affairs Department insisted on relieving them. He indicated the step Al-Manfouhi took was indication that a large number of expatriate workers employed at Kuwait Municipality and the Municipal Council happened on wasta (influence). He said Al-Manfouhi mooted an idea to replace unproductive workers because many expatriate workers were employed through certain officials, while some directors wish to replace non performing staff with competent ones among those affected by mass retrenchment, affirming the door of replacement is open. Meanwhile, Municipal Council member and Head of Hawally Governorate Committee Yusuf Al-Ghareeb urged the Kuwait Municipality to reconsider restructuring blocks two and four in Salmiya — whether through valuation or changing them from residential to investment or commercial areas, reports Al-Seyassah daily.

In a press statement, Al-Ghareeb pointed out the two blocs are densely populated, especially the large number of expatriates living in most of the residential and investment blocks; whereas the citizens’ houses are a bit lesser than that of expatriates. He explained this happened when some residential blocks were transformed into investment and commercial areas.

He said blocks two and four are surrounded by commercial and investment complexes, in addition to a huge number of expatriate bachelors living in those areas. He also cited the traffic jams most of the time, indicating that majority of the blocks have malls, markets and commercial centers. In the meantime, the latest statistics prepared by the Public Relations Department in Kuwait Municipality revealed the accomplishments of the Food and Meat Sector, which is affiliated to the Foodstuff and Market Control at the Municipality branch in Ahmadi, reports Al-Seyassah daily. 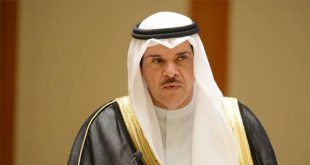 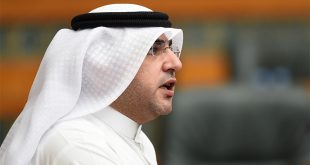