KUWAIT CITY, Jul 5: As second stage of plan to return life back to normalcy began last week along with some economic activities for the real estate companies it had become a top priority to collect the rents of tenants who have been living in the apartments without paying rents.

The real estate companies have sent official warning to their tenants, stating that “Those who have not paid rent during lock down period to pay the rent immediately or else will file court case against them”

An interview was conducted by Al Rai and number of tenants told that they had received warning letters last week signed and stamped by the real estate companies that they live in, urging them to pay immediately.

One of the real estate company in its warning letter stated “We would like to inform you for of your delay in paying the rent for the apartment rented by you from April to June, kindly pay the dues online or visit the company office to review, failing in both cases we will take legal measures.”

Decline in cash flow
The real estate companies suffered during lock down period since March as large percentage of tenants were reluctant to pay their rents from April to June which put these companies in difficult situation to operate specially paying salaries to their employees and carrying out maintenance work. During this period the real estate company offices were also closed where verbally building guard had official conveyed the message to tenants.

The collections of rents for some companies ranged between 10 and 40 percent only. Due to fears of company layoffs specially in private sector and exodus of expatriates after opening of airspace they are in a hurry to collect unpaid rent.

Large section of tenants demanded reduction in rent or provide exemption, to maintain these tenants during the coming period will benefit the companies if right strategies are implemented, especially as country is moving towards to amend demographics in coming period real estate companies will face difficulties in filling empty apartments.

Regarding the individual building owners, some of them were quick to offer exemptions and discounts to their tenants. Some of them offered 50 percent discount till end of September, while some of them resorted to various arm twisting methods by building pressure on their tenants to pay the rent either by cutting electricity and water connection or by stopping the elevators.

Share on:
WhatsApp
Share
Previous Custody renewed for Kuwaitis who worked for Bangladeshi MP
Next 5,285 expats to depart Kuwait today 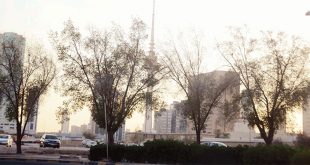