Applicants need to abide by dates issued to them

KUWAIT CITY, May 23: The rate of appointments booked to shop in supermarkets in the country during the lockdown period has increased since the launch of the booking system by Ministry of Commerce and Industry. This has facilitated the process of shopping for necessities especially the urgent needs.

A field tour was conducted by the daily to a number of cooperative societies during the evening hours during which it was discovered there is an increase in the number of shoppers and their continued demand for bread, dairy products and vegetables.

Also, the precautionary measures to avoid the spread of COVID-19 have been implemented. Those who wish to shop at a supermarket must use the “barcode” system to book an appointment through the weblink set for this purpose by Ministry of Commerce and Industry.

The applicants should abide by the dates issued to them, and their urgent situations are not taken into consideration. Several members of the public complained about lack of reservations and nearby dates, as the earliest date they get is after four days.

Complaints
The ministry’s website continues to receive several complaints in this regard, especially from residents of Jabriya, Saad Al-Abdullah and other areas, due to the lack of dates for shopping. In response, the ministry indicated that the options on the site are based on the data input, and urged people to keep on trying until they succeed to book an appointment.

However, the ministry stressed that the availability of reservations depends on the available dates for the shopping destination. One of the citizens talked about his inability to obtain an appointment to purchase his child’s supplies. He said his repeated attempts to get a closer reservation date turned out to be futile, as that the closest appointment was after three days.

Another common complaint was that the system restricts residents of private residential areas to shop only in their respective cooperative societies. In response to this complaint, the ministry explained that the reason for that is such areas are serviced by specific supermarkets and the booking system does not allow residents of an area to shop in other areas, even though it was allowed during the initial days when the health measures taken by the Cabinet were implemented. 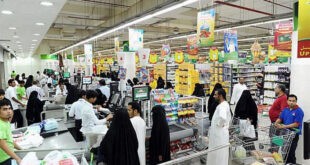 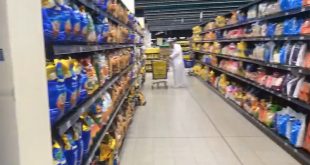