DUBAI/DOHA, May 31, (Agencies): Just 10 days after President Donald Trump called on Muslim countries to stand united against Iran, a public feud between Qatar and some of its Gulf Arab neighbours is jolting his attempt to tip the regional balance of power against Tehran.

Saudi Arabia and the United Arab Emirates (UAE) are incensed by Qatar’s conciliatory line on Iran, their regional archrival, and its support for Islamist groups, in particular the Muslim Brotherhood, which they regard as a dangerous political enemy.

The bickering among the Sunni states erupted after Trump attended a summit of Muslim leaders in Saudi Arabia where he denounced Shi’ite Iran’s “destablising interventions” in Arab lands, where Tehran is locked in a tussle with Riyadh for infl uence.

The spat shows no sign of abating, raising the prospect of a long breach between Doha and its closest allies that could have repercussions around the Middle East.

Qatari Amir Sheikh Tamim bin Hamad al-Thani arrived Kuwait on Wednesday for talks with his counterpart HH Sheikh Sabah Al-Ahmad Al- Sabah that are expected to address the rift. Kuwait, a past mediator between Gulf states, has offered to help ease tensions. But few expect an early end to what is not their first feud.

Three years ago Saudi Arabia and the UAE withdrew their ambassadors from Doha for similar reasons, although they returned after less than a year. Analysts point to the unusual willingness of Qatari state-backed media on one side, and Saudi and Emirati media on the other, to trade rhetorical broadsides in public.

This suggests that point-scoring is taking priority over displays of unity among some members of the Gulf Cooperation Council (GCC), a Saudidominated club of states that presents itself as an outpost of stability in a turbulent region. In the Gulf’s tightly-controlled media scene, attacks made by news outlets tend to be authorised by governments.

“The GCC could harm it own interests in this fight and is at risk of becoming more vulnerable to Iranian encroachment,” said a Western diplomat based in Doha. The spat’s immediate cause was a purported Qatari state media report that the Amir had cautioned against confrontation with Iran, as well as defending the Palestinian group Hamas and Hezbollah, a Lebanese Shi’ite movement allied to Tehran.

Qatar denied the report, saying its news agency had been hacked, but Saudi Arabia and the UAE allowed their state-backed media to continue running it, angering Doha. The squabble revives old accusations that Qatar backs the Brotherhood, which is present across most of the Muslim world and whose political ideology challenges the principle of dynastic rule. Riyadh and Abu Dhabi also suspect Doha is complacent about Iranian expansionism. Some analysts speculate Riyadh and Abu Dhabi felt confident to authorise criticisms of Qatar by their deepening friendship with Trump, confident that his opposition to Iran and all Islamist armed groups refl ects their views more than Qatar’s. “When Trump gave fulsome support in Riyadh and said, ‘let’s isolate Iran’ that sent a signal to the UAE and Saudi, which felt emboldened and said: let’s let loose everything we have on Qatar,” said Gerd Nonneman, professor of International Relations and Gulf Studies at Georgetown University in Qatar. Acknowledging the tensions, the UAE minister of state for foreign affairs, Anwar Gargash, wrote on Twitter on Sunday that the GCC countries “are passing through a new sharp crisis that carries within it a great danger”.

Gulf officials and commentators outside Qatar said it did not matter whether the remarks were fake because they reflected Qatar’s sympathies anyway. “Doha’s insistence in denying the issue is marginal because in reality, on the ground, Qatar confirms it adopts the policies that it is now trying to deny,” an editorial in Saudi-owned newspaper Al-Hayat on Monday said.

A Gulf Arab official said patience had run out. “What is certain is the Gulf states led by Riyadh are not likely to tolerate such a deviation, if intentional, especially at this junction in our relationship with our hostile neighbour Iran.” Al Raya, a government-owned Qatari daily, hit back at Emirati reports on Friday by publishing pictures on its front page of UAE journalists it called “mercenaries”.

Such animosities can have ramifications across the Middle East, where Gulf states have used their financial and political clout to infl uence events in Libya, Egypt, Syria, Iraq and Yemen amid upheaval caused by the Arab Spring. Nonneman said Kuwait and Oman clearly did not want a major rift.

“It’s not in the interests of anyone for this to grow into a clash beyond a media campaign — but sometimes these things take on a life of their own,” he said. Iran, which denies Arab accusations that it is engaged in subversion of Arab countries, appears to be gloating. Kayhan, a newspaper closely associated with Supreme Leader Ayatollah Ali Khamenei, said on Tuesday the rift refl ected Saudi Arabia’s inability to “form an alliance against Tehran”. 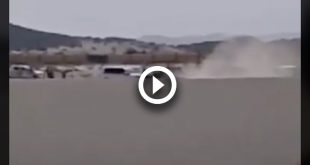 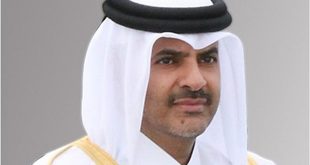 Beirut: Qatar’s government said on Thursday it adopted a new minimum wage law and will …