BRUSSELS, Dec 8, (KUNA): Kuwait Petroleum International, better known by its trademark Q8, was honored by the Arab-Belgium-Luxembourg Chamber of Commerce (ABLCC) Friday night for its contribution to the Belgian economy. The award was received by Kuwait’s ambassador to Belgium, EU, NATO and Luxembourg, Jasem Al-Budaiwi, at a reception to mark the 40 anniversary of ABLCC in the presence of Princess Astrid of Belgium.

“The appreciation of the chamber to what Q8 , a Kuwait company, is doing to the Belgian economy was indicated today by honoring it with an award and I had the honour to accept the award on behalf of Q8,” Al-Budaiwi told KUNA. “We seek to strengthening and promoting the economic relations between Kuwait and Belgium,” Al-Budaiwi said and announced that in 2019 many high ranking bilateral visits are planned between the two friendly countries.

A Belgian business delegation will be visiting Kuwait very in March 2019. “We congratulate the chamber (ABLCC) on its 40th anniversary. The chamber has served the Arab cause in the Kingdom of Belgium in so many aspects and helped to promote economic dialogue between the Arab world and the private sector and the government in Belgium,” he said.

“We in Kuwait have worked very well with the chamber and organised many events with ABLCC,” Al-Budaiwi said and recalled that last February the Kuwait Direct Promotion Authority (KDIPA) had held an event in Brussels organised by ABLCC in which over 60 Belgian companies has participated to promote investment sin Kuwait.

Meanwhile, Belgian Foreign Minister Didier Reynders, in his key-note address at the event said that over the last four decades, trade between Belgium and the Arab world has grown from 6 billion euro ($6.8 billion) to 20 billion euro ($22.7 billion) so far.

Belgian exports to the Arab world has multiplied in those forty years from 1.8 to 11.3 billion euro ($2 billion to $12.8 billion). “ABLCC is of course playing an important role in this development and we are here to celebrate this,” he said. Reynders noted that in the next two years, Belgium will play an important role on the international level as Belgium will assume the non-permanent seat in the UN Security Council in 2019. Speaking on the occasion, Khalid Al Hanafy, Secretary General of the

Union of Arab Chambers, based in Beirut, called for strategic alliance between Belgium and the Arab world. “Belgium is a small country but in our point of view it could be used as a hub. We are here, we are open. There are great areas for collaboration. Let’s switch from trade to strategic alliance,” said Al-Hanafy.

Johan Beerlandt, Chairman of ABLCC, in his welcome address thanked Princess Astrid for her support and noted that recently she had led a Belgian business delegtion to Morocco the biggest ever to any Arab country. He said that since the last four decades ABLCC has been playing “an active and important role in strengthening bilateral ties between the Arab countries with Belgium, Luxembourg and also the European Union.” Qaisar Al-Hijazin, Secretary General of ABLCC, expressed his thanks and gratitude to Princess Astrid for accepting their invitation to attend the reception. A large number of Arab and Belgian diplomats as well as representatives of business houses and banks and of chambers of commerce from Jordan, Lebanon, Morocco, Egypt, Tunisia and others attended the reception. 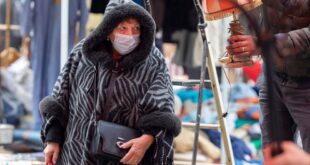