Dhaman to work in close cooperation with MoH: Dhaman CEO

KUWAIT CITY, Feb 23: The beginning of operations at the Health Assurance Hospitals Company (DHAMAN) before the end of this year reflects the integrality of the partnership between the public and private sectors to the Kuwait Vision 2035 (New Kuwait), said an official Wednesday. In an interview with KUNA, Dhaman hospital CEO Thamer Arab revealed that the Ministry of Health had pushed for the establishment of the company, which was viewed as part of the development of a wholesome and highquality health service in Kuwait.

He went on to say that, Dhaman hospitals reflected a comprehensive partnership between the public and private sectors with the Kuwaiti government owning around 24 percent of the shares, while the private sector — through strategic investors — owning 26 percent. The rest of the shares, at 50 percent, will be offered through an Initial Public Offering (IPO) — already paid for by the Kuwait Investment Authority (KIA) on behalf of the citizens — until the offering occurs, revealed Arab, indicating that the capital of the company stood at KD 230 million (approximately USD 759 million).

Regarding the inclusion of the private sector in Kuwait’s development plans, Arab stressed that it was most important to apply the best of international standards when seeking overall-comprehensive development, noting that Dhaman hospitals would be the first facility in the Middle East to offer a Health Maintenance Organization (HMO) system, a health plan based on an annual or monthly fee. He pointed out that Dhaman would also aim at providing topnotch healthcare services via implementing Joint Commission International (JCI) accreditation standards.

Arab said that Dhaman hospitals were working on being listed in Boursa Kuwait, the stock exchange, after it begins operation hopefully this year. The company would provide preliminary and secondary health offer services to some two million residents working in the private sector and their families, added the CEO who revealed that the cost of health insurance would be set initially at KD 130 (around USD 430). Arab noted that while the Ministry of Health covered around 80 percent of health services in the country, the beginning of the Dhaman hospitals company’s operation would aim at lessening the burden on the public sector to around 60 percent, pointing out that insurance would cover the needs of residents over 60 years of age. Touching on the impact of the coronavirus on the launch of Dhaman hospitals services, Arab said that partial operations were in motion during the pandemic with facilities of the hospitals put in use by the staff of the Ministry of Health namely in Hawali and Farwaniya areas. On job opportunities, Arab affirmed that over 7,000 jobs were “up for grabs”, adding that currently, the staff consisted of 400 employees, physicians, and medical staff.

He revealed that two health clinics were being established in Fahaheel and Al-Jahra in addition to 600- bed capacity hospitals in Al-Jahra and Al-Ahmadi. The main Dhaman hospital building consisted of five floors and a basement built on 82,000 square meters with a bed capacity of 300, 14 operation theaters, 21 ICUs, premature care units, in addition to laboratories, an ER, a heliport, and pharmacy. The parking lot accommodates 500 vehicles, said Arab, adding that the main hospital construction was at 62 percent. Meanwhile, in cooperation with various institutions, Dhaman paid a visit to the Acting Assistant Minister of Foreign Affairs for Consular Affairs at the Ministry of Foreign Affairs, Counselor Mishaal Al-Mudhaf, reports Al-Jarida daily.

The daily added, the meeting was attended by Thamer Arab, Dhaman’s CEO, and Adel Al-Jumhur, the company’s director of local and external services. The visit included a presentation of Dhaman’s health care system, its preparations, the services it provides, and its role in checking expatriate manpower in their respective countries before they take employment in Kuwait, and the impact this practice will have in enhancing national health security. Arab said the aim of the visit was to review the most important activities, developments and preparations the company has made in terms of vision, goals, achievements and current and future plans, as a government initiative by the Ministry of Health as the first healthcare institution in the Middle East operating under the Public-Private Partnership (PPP) system, which contributes to diversifying sources of income to benefit the Kuwaiti economy.

He pointed out Dhaman is the first entity in the Middle East to provide such services in the integrated health maintenance system by providing health insurance with an integrated system of healthcare centers, hospitals and various related services such as laboratories, pharmacies, radiology, and other matters related to consultations and diagnosis, treatment and prevention to raise health care indicators in Kuwait through prevention and community awareness.

Arab praised the efforts of the Ministry of Foreign Affairs and Kuwaiti embassies in supporting various national development projects, noting that “Dhaman” will play a big role in enhancing health security in Kuwait in cooperation with the Ministry of Health to alleviate the burden on the Ministry of Health, and providing an integrated healthcare service for residents starting from the moment they are hired to work in Kuwait which will continue throughout their stay in the country, as the first stage of the company’s relationship with the expatriate begins in his country, by opening a file and recording his/ her data and medical history and conducting the necessary medical examinations, and then health care services continue in Kuwait if this person is healthy and fit. He pointed out that, based on the laws and government decisions regarding the establishment of “Dhaman”, it intends to start a project to examine expatriate workers, according to what is stipulated in its articles of association and the company’s objectives. By Fawaz Karami and Agencies 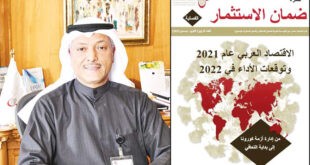 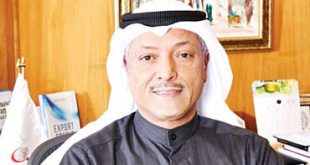 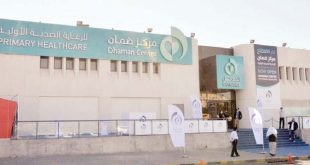