KUWAIT CITY, May 22: Café owners protested at the Ministry of Health office yesterday to demand the return of hookahs to cafés, similar to other countries in the Gulf Cooperation Council countries and some Arab countries. The protesters have submitted an official letter to Minister of Health Sheikh Dr Basil Al-Sabah to allow them to offer hookah, especially since the activity was stopped about a year and a half ago as a result of which they have amassed huge losses which ultimately had an impact on their economic, psychological and social condition.

The owners of cafes have pledged in their protest letter to fully comply with the health conditions which stipulate that all workers working in the cafes are immune and that entry will be restricted to people who have been vaccinated, in addition to adhering to physical spacing, wearing masks and hand gloves and tables to be arranged leaving a distance of no less than two meters between tables. The partitions and barriers are not considered a separator between two different halls, and a complete separation between the halls is imperative, and the obligation to prevent the provision of hookahs in the event twometer spacing between the tables is not applied.

The protesters stressed their complete commitment to preparing the hookah in accordance with the health requirements, by providing a singleuse hookah hose and disposing it immediately after use, and not using the hookah except for one person per day as well as cleaning all parts of the hookah, including tongs before and after each user, workers and employees wear masks and gloves all times and adhere to continuous hand washing and sterilization. They also emphasized adherence to general instructions such as providing stores with surveillance cameras at the entrances, external and internal places, submitting the registrations in case they were requested by the supervisory authorities, providing packages of hand sanitizer in the shop in sufficient numbers, and not providing the service except in stores licensed to provide tobacco while adhering to all Municipality requirements. By Marwa Al-Bahrawi Al-Seyassah, Arab Times Staff 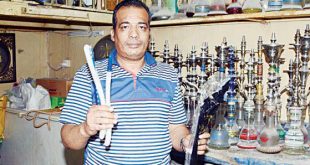 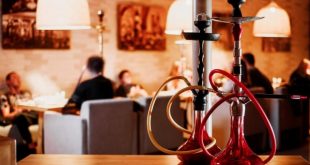 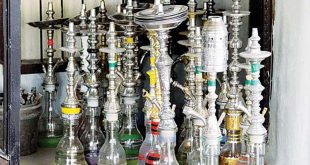