KUWAIT CITY, June 9, (Agencies): Kuwait’s Ministry of Education on Wednesday called on private school students who have not been vaccinated against COVID-19 to conduct a PCR swab test freeof- charge at Jaber Al-Ahmad Hospital Thursday ahead of their high school final exams next week. Students will be able to get a swab test at the hospital from 8:00am until 9:30pm in order to attend their examinations, the ministry said in a statement. Meanwhile, the Minister of Education, Dr. Ali Al-Mudhaf, visited a number of high schools 12th-grade exams committees, which began Wednesday amid health restrictions due to the spread of COVID-19. In a press statement, Wednesday, the minister said that the total number of public and private school students who took the general secondary exams is 50,743. The minister affirmed that education is the foundation for any country’s development, pointing out that the exams are the true measure and evaluation of students and the educational process. Therefore, the ministry decided that the 12th-grade tests be held in schools with a commitment to achieving the utmost health precautions before, during and after conducting the exams. He praised the efforts of the teaching and administrative staff and the entire ministry’s employees, calling on students to exert effort and study hard to achieve their goals. On Tuesday, a total of 49,000 students from across the country at 321 secondary and middle schools answered the Grade 12 exams for the current academic year, reports Al-Qabas daily.

Answer
The science students will answer mathematics and literary exams and the religious education students the Hadith subject. A source told the daily Minister of Education, Dr Ali Al-Mudhaf and Undersecretary of the Ministry of Education Dr Ali Al-Yaqoub, Assistant Undersecretary for Public Education Osama Al-Sultan, the directors of the six educational zones and a number of officials were on inspection rounds since the morning to check on the conduct of exams and to ensure compliance with the health regulations. According to the information received from the teachers, today’s exams were easy, at the student’s level, and there were no complaints from students so far. The Al-Seyassah daily said Al-Sultan during the tour, confirmed that the arrangements and preparations for receiving students for paper-based tests were distinct and followed all health requirements agreed upon by the joint committee between the ministries of Education and Health. It is clear he said those in charge of educational and administrative affairs had made clear efforts to provide everything students need to answer the test in a safe manner and provided all the needs of the students during the examination period. Director of the Religious Education Department, Anwar Abdel Ghafour, stated all the students and supervisors adhered to health requirements, such as social distancing, wearing a mask, sterilizing hands and measuring temperature before entering the examination halls to ensure the safety of students and supervisors.

Safety
Abdul Ghafour added that PCR swabs were made for students before the test to ensure their safety, and the Department of Religious Education provided an electronic link that allows the student to send the result of the swab. Director-General of the General Administration of Al-Ahmadi Educational Zone, Mansour AlDaihani told Kuwait News Agency that the educational zone has taken all necessary measures to start the tests in coordination with the concerned authorities and representatives of the Ministry of Health. Al-Daihani explained that all efforts have joined forces to ensure that the required health requirements are implemented and adhered to ensure that the tests are conducted in a healthy and safe environment for our students. He pointed out that the reception of students was emphasized in accordance with the instructions of the Ministry of Health by regularly sterilizing schools, especially testing halls and classrooms, organizing the entry and exit processes, and adhering to the application of guiding boards. He added that the readiness of schools was monitored by the Department of Engineering Affairs in the Ministry, pointing out that messages were sent urging students to distance themselves and adhere to health requirements. For his part, the director of the Hawalli Educational District, Walid Al-Ghaith, confirmed in a similar statement to KUNA that immediately after the Cabinet’s decision to conduct paper tests, the Hawalli District initiated the formation of 45 secondary committees, comprising 7,152 male and female students for the twelfth grades and other educational classes

Share
Previous Infusion of joy in ‘In the Heights’
Next Around 7,000 expats deported in 5 months for drugs, other crimes 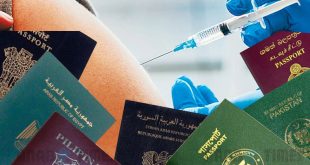 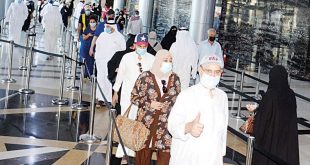 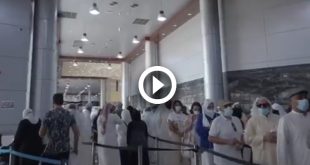 KUWAIT CITY, June 10: Director of the Central Department for Primary Health Care in the …