KUWAIT CITY, Aug 22: The practice of extortion in addition to other accusations linked to ‘Twitter’ and social media users is not over yet, because there are still issues which have not been disclosed, yet issues which contain a lot of hidden secrets about how this network operates, and how its members continue to blackmail their target, which is usually is either a politician, a parliamentarian or senior officials, reports Al-Rai daily.

These social media users pound their targets with criticism, humiliation and other means through multiple accounts, before communicating with them and subjecting them to extortion, which is usually money and sometimes through other means, including disclosing information, providing them with information and documents about others, and placing them on the target list. Sources disclosed that the investigations are continuing and the ‘men at work’ have yet to uncover the hidden facts and also busy tracking down the fugitives.

The sources disclosed file people are in custody, while a sixth person (believed to be a bedoun) is at large, hiding somewhere in Kuwait. They are charged with incitement and extorting money from a parliamentarian. Some sources said two bedoun also are at large and believed to be living in an European country. They, with those arrested in Kuwait, manage the same account called ‘Atij al-Messian’, and other accounts for the purpose of extortion.

Kuwaiti blackmailed by Moroccans for cash 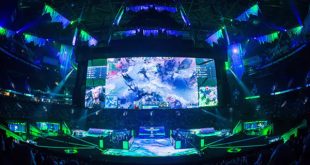