In a press statement after the meeting, Sheikh Sabah Al-Khalid explained this meeting is in accordance with the directive of HH the Amir Sheikh Sabah Al- Ahmad Al-Jaber Al-Sabah during his meeting with heads of the legislative, executive and judicial authorities to strictly abide by the Constitution; particularly Article 50 which stipulates that “in conformity with the provisions of the Constitution, the system of government shall be established on the basis of separation and cooperation of powers. No authority shall be allowed to waive all or part of its jurisdiction as prescribed in this Constitution.”

He also confirmed meeting Supreme Judicial Council Chairperson and Cassation Court and Constitutional Court Chief Justice Yousef Al-Mutawa’a earlier to discuss ways to strengthen cooperation between authorities in order to better serve the country and its people. He described these meetings as fruitful and useful, indicating such meetings will continue in line with the instruction of HH the Amir; adding that the coming period will require stronger coordination between authorities.

Meanwhile, Al-Ghanim said it was an honor to meet Sheikh Sabah Al-Khalid; during which he congratulated the premier once again for obtaining the trust of HH the Amir in forming the new government. In a press statement, Al- Ghanim revealed they tackled a number of issues such as future relations between the executive and legislative authorities as per the directive of HH the Amir.

In another development, MP Abdulkareem Al-Kandari has submitted his updated statement of assets and liabilities accordance with the Anti-Corruption Law. He advised his colleagues to do the same in order to maintain political transparency and combat corruption.

He explained that officials covered by the law are required to submit their updated statement of assets and liabilities within 60 days after the end of every three years provided they are still in office. 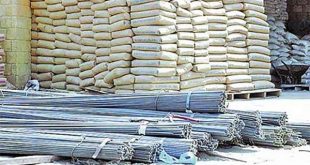