Plane crash here and there! – Blood-lust in area must end

Regardless of assumptions that it was an attack, the fact still remains that the Russian airplane crashed in the Sinai Desert of Egypt and passengers died, so the incident concerns humanity by all standards.

Not long before the day the Russian airplane crashed in Sinai, the media reported the crash of a Russian-made airplane “Antinov” in South Sudan with 44 passengers on board, and the controversy surrounding the plane that crashed in Sinai was more emphasized than the one in South Sudan, because there was no suspicion of terrorist attack in the latter, while series of information and analysis were linked to the former.

An Arab poet says “reasons vary but death is the same … whoever does not die of sword must die in another way”. Those who died in the Russian plane were victims of issues that did not concern them. According to a tourist, they spent a memorable time in the famous Sharm Al-Sheikh Resort and the ugly incident happened on their way back home. The airplane blew up after splitting into two in the sky but an official report has not been released as of the time of writing this article.

DAESH claimed responsibility for the incident, saying its fighters shot down the plane with Scud missiles, but Egyptian authorities were quick to deny the terrorist claim, affirming that the armed group does not have capacity to wield missiles that could bring down a civilian airplane from the sky – although the terrorist group insisted it was responsible for the crash!

Britain chipped in later, due to condemnation by the Egyptian diplomatic corps during the visit of President Abdul-Fattah el-Sisi to London. Britain expressed some observations and noted the plane had crashed without any technical fault, advising her citizens to leave Egypt or Sinai as soon as possible, which includes Sharm Al-Sheikh!

In Moscow, Vladimir Putin signed a decision to deploy 44 airplanes to Egypt to airlift Russians back to their country in a calm diplomatic handling of the incident and statements of caution. In what seems like an attendant effect of Britain’s opinion, Egypt began to minimize the rate of its best guessing and cautioned that it’s easy to smuggle explosives into the plane since Egyptian authorities do not search foreign planes, except when a special request is made by the leadership. By this, each party is throwing the ball into the other’s court, because none of them has the facts about the incident.

How did it happen – even if indications are rife that the plane was shot down rather than merely crashing? It is an important question that can not be overlooked, seeing that the plane could have crashed due to terrorist activities pulled off by smuggling time-bomb into the plane or Scud missile target. The assumption here is logical, because the area is not empty of militant groups the Egyptian forces continue fighting in Sinai.

Again, let us assume that the presence of Russian forces in Syria is a controversy ‘yet to be resolved’ and all possibilities are open, so none of them will be a surprise. The region is submerged in the sea of blood with slabs everywhere due to human slaughter, thus air crash here and there is nothing to warrant a surprise.

Subsequent to the incident and expected reactions, several airlines have diverted their routes from Sinai as a precautionary security measure. It is clear that Egypt’s tourism sector will be worst hit and face a difficult moment, given that the sector has yet to fully recover after the regime of Hosni Mubarak was deposed. Egyptian government understands this fact, so it started an image laundering campaign to restore confidence in the sector which rakes in huge revenues for the state and offers employment opportunities in hospitality, tourism and other services.

Finally, we should think about what happened with calm and logic, and the countries capable of calming down nerves should take the initiative to stop the blood fountain created by the daily blood spill, which continues to affect the people in the region. There are lives lost and the devil’s group moves about freely without hindrance, waxing stronger day by day. The news of plane crashes will become normal and familiar activities unless the countries in the region unite in trust, truth and honesty. 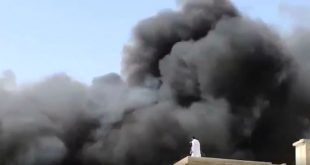 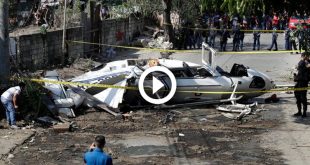 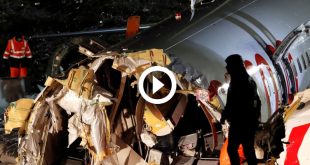 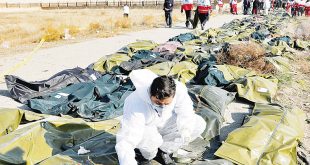 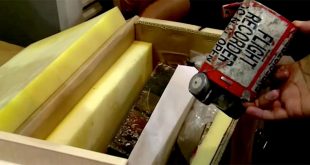