KUWAIT CITY, Nov 7: The Environment Public Authority, in cooperation with the Environmental Police, succeeded in arresting the thief of pelicans, reports Al-Rai daily. The daily added, the suspect offered the birds for sale on his personal Instagram social media account site after catching them from the Jahra Reserve.

The daily added, the pelicans got trapped in the oil poodle and the oil on their feathers made it difficult for them to fly. After the bird was offered for sale this prompted the Environment Public Authority Director-General Sheikh Abdullah Al-Ahmad, to issue orders for the arrest of the suspect and requested Deputy Director of the Technical Affairs Sector, Dr. Abdullah Al-Zaidan to pursue the violators of the law. In a press statement, Sheikh Abdullah Al-Ahmad said, “The authority, in cooperation with the Coast Guard, released 6 white pelicans in the Authority’s natural reserve on the island, after they were confiscated from the suspect who had offered them for sale. Article (100) states that, “It is prohibited to hunt, kill, capture, gather, harm, possess, or transport wild and marine fungal organisms, whether alive or dead, or prejudice the young of these organisms, their eggs, their nests, or their habitats. The executive regulations of this law determine the types and numbers of creatures permitted to be hunted in specific seasons and places.” 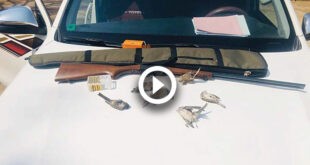 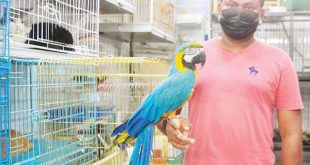 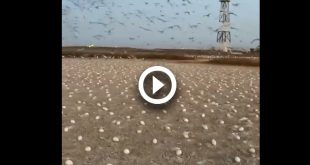