KUWAIT CITY, Dec 2: Police have detained at a police station three Peeping Toms, reports Al-Anba daily. The men were reportedly caught spying on a Kuwaiti family while celebrating the birthday party of a child in their chalet in Julai’a The three Kuwaitis reportedly came close to the chalet via the sea and began filming the party proceedings by peeking through a window.

One of the female guests saw a young man taking pictures and screamed for help. Soon the young men who were in a party rushed to see what was happening and caught the three men, and taught them a ‘lesson’ before handing them over to the police. 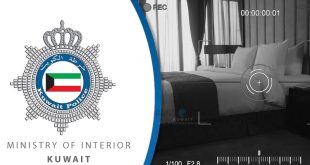