KUWAIT CITY, Jan 17, (Agencies): Incoming vaccinated travellers will be relieved of house quarantine for the coronavirus if they undergo a PCR test with a negative result upon arrival in Kuwait, starting Tuesday, said the Deputy Prime Minister and Minister of Defense on Monday. Sheikh Hamad Jaber Al- Ali Al-Sabah, the head of the ministerial emergency coronavirus committee, said in a tweet broadcast by the Government Communication Center on Twitter that the Cabinet during Monday’s session decided to enforce a seven-day house quarantine for the immunized incoming travellers.

However, the minister has noted that the cabinet decided that the quarantine can be ended much earlier if a PCR test is conducted immediately after the arrival proving that the concerned traveler is not infected, and this is effective as of Tuesday (January 18).

Meanwhile, Kuwait’s Ministry of Justice (MoJ) announced Monday that the Minister of Justice and Minister for Integrity Promotion Affairs Advisor Jamal Al-Jallawi has tested positive for COVID-19 and is currently in isolation. The minister’s infection was confirmed after the swab this morning that was routinely conducted for him, MoJ stated through its official account on Twitter. He is currently in home isolation and following protocols stipulated by health authorities in case of infection and exercising his duties remotely. 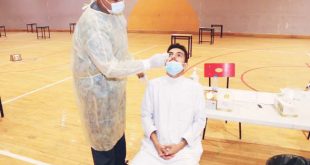 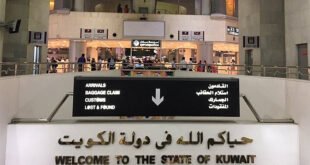