KUWAIT CITY, March 11: The consumer cooperative societies and food centers have reassured the citizens and residents of abundant availability of all types of foodstuffs in the country, which does not necessitate any kind of congestion or unusual rush to supermarkets or cooperative societies during the curfew.

A number of citizens and expatriates said the prices of some products have been raised after the implementation of the curfew, and said it is important to activate the prices monitoring factor so that there is no artificial increase in the prices.

Kuwaiti Bou Rakan says the partial curfew was the reason for overcrowding at some food centers, and stressed the need to protect people from the coronavirus, as this crowding could lead to an increase in the number of infections. He indicated the prices are reasonable to some extent despite the rise in some products by a slight margin.

He said for example a tray of big eggs cost 1.150 dinars before the curfew and it suddenly increased to 1.250 fils which he calls unreasonable. He is of the opinion that the concerned authority must look into such unwarranted increase. Another consumer, who identified himself as Z.J., says there are some coops and supermarkets have increased the prices of some products. A kilo of tomatoes before the curfew was 250 fils and now it is 400 fils. He pointed out, the price of a kilo of potatoes was 190 fils, 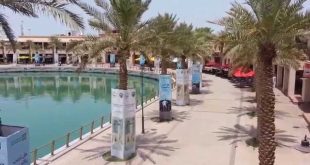 ‘Use of sterilization gates at shopping malls in ban risky’

KUWAIT, May 6: The Kuwait Ministry of Commerce and Industry announced today, Wednesday, that 7 …