KUWAIT CITY, July 20: In reaction to the decision of the Minister of Electricity, Water and Renewable Energy Ali Al-Mousa to form a committee to set controls for charging electric cars locally, officials from car companies and specialists in electrical cars highlighted the need for all concerned parties to cooperate to make the service successful, as it will lead to a reduction in the value of fuel subsidies, and limit carbon emissions and environmental pollution, reports Al-Rai daily.

During an interview, many company officials agreed on the importance of studying the experiences of the neighboring countries that preceded Kuwait in providing electric car charging stations, setting controls that encourage local agencies to provide the service quickly, and solving all obstacles they faced technically, financially and economically. In this regard, the Director of Marketing at GMC Behbehani Motors Tony Trantic stressed the need to provide electric car chargers in commercial complexes, ministries, cooperative societies, hospitals and government agencies, as well as to ensure large capacities for them in the parking lots of these entities.

Import
He called for companies to be allowed to import electric cars and sell them in the local market during the coming period, as in the current period, it is allowed to import them to Kuwait in the names of people before transferring their ownership after selling them. Trantic said it is necessary to determine the fees required for the service according to the use of each customer, and according to the terms of the relevant ministry with regard to pricing the service for the various utilities in the country, and to ensure that the available chargers match the specifications approved in the local market.

He stressed the need to grant licenses to establish electrical charging companies in the local market, and determine the conditions for providing the service officially and legally in the country. Trantic revealed that many customers have started asking about electric car models and want to buy them, but this needs plans to encourage them to buy by providing the basic services required for their functioning without any obstacles in the coming period.

Cooperation
Meanwhile, Hamad Al-Hajji, the owner of an electric charging company in Britain and the European Union, said the first step towards the success of the work of the committee that was formed regarding charging electrical cars in Kuwait lies in the cooperation of the Ministry of Electricity, Water and Renewable Energy with many ministries and relevant authorities in the country in order to determine the conditions required to provide the service in the local market.

He stressed the need for the Ministry of Electricity to cooperate with the Ministry of Commerce and Industry, the Ministry of Interior, Kuwait Fire Service Directorate, Kuwait Municipality, the Environment Public Authority and others, in order to provide places for setting up electrical charging stations in the country, and to determine the type of chargers required for electric cars in Kuwait, and the duration of the use of each of them.

In addition, Al-Hajji highlighted the categories allowed to benefit from the service, indicating that priority should be given to customers who do not have chargers in their homes, especially since the Public Authority for Housing Welfare (PAHW) is now allowing spaces in the new housing units to place electrical chargers for vehicles. He indicated that chargers must be made available in commercial complexes and vital facilities that witness a large number of people around the clock.

Benefit
Al-Hajji explained that the law must be amended to allow the electrical charging service provider to benefit financially and resell the service to the owners of electrical companies in return for an appropriate financial compensation. This can be achieved by allowing the distributor to provide Wi-fiservice for a specified period of time for a certain amount, or displaying advertisements on screens at gas stations or in the electrical charging areas, or selling products.

These methods have been adopted in Saudi Arabia and the UAE, in addition to Britain and many European countries. He called on the ministry and other concerned authorities to study all these experiences and benefit from them in order to start providing electrical charging service quickly in the Kuwaiti market. Al-Hajji said he believes the car agencies in the local market should start educating customers about the upcoming change in the sector, and encourage them to try and buy electric vehicles in the coming period, which will lead to the success of the tasks of all those responsible for providing the electrical charging service.

He explained that several global manufacturers have started reducing their production of cars that run on gasoline, diesel and others, in exchange for increasing their production of electric vehicles, in order to reduce carbon emissions and air pollution, preserve the environment, and for other reasons. Some manufacturers have asked agents in the Gulf region to make ten percent of their sales for electric cars. Al-Hajji added that the region is currently witnessing the launch of many electrical models, which requires the provision of charging stations along the roads and in gas stations in various parts of the country. 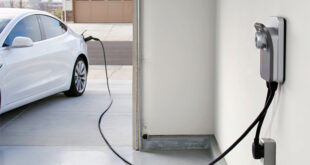 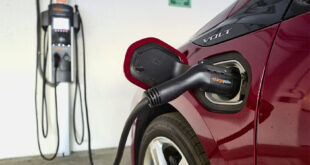 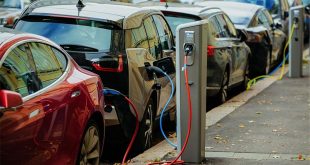 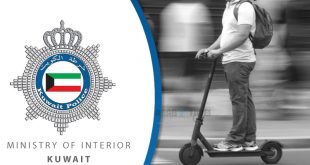 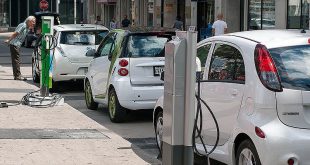 This post has been read 13746 times! Rules and regulations to be devised The introduction …