KUWAIT CITY, July 18: The parliamentary Legislative Affairs Committee approved the proposal to amend the Elections Law in order to remove the names of those proven to have participated in primary (tribal) elections from the official roster of voters, the Committee Chairman MP Khalid Al-Shatti has said.

He disclosed the bill also stipulates cancellation of the parliamentary membership of MPs who participated in primary elections, in addition to declaring them disgraceful. He explained the existing law criminalizes participation and organization of primary elections held by certain tribes, sectors or classes because of the danger posed by such elections on national unity.

He affirmed the committee approved the proposed additional penalty – removal of the perpetrator’s name from the roster of voters, while declaring him disgraceful is already part of the penalties in the current version of the law. He went on to say that the committee rejected the proposal of MPs Muhammad Haif, Adel Al-Damkhi and Osama Al-Shaheen to amend the law on the establishment of the Public Institution for Social Security (PIFSS) to pave way for the formation of an independent body to finance loans granted to retirees according to Islamic Sharia.

He revealed the bill mandates the minister of finance to issue organizing decisions, as well as specify procedures and the executive decree needed to enforce the bill. He clarified that the committee rejected the bill since it consists of only the main structure and leaves the details in the hands of the executive authority. He pointed out this is a violation of the Constitution, which mandates the National Assembly to make laws and address legislative issues. He was quick to add though that the committee presented its opinion based on the Constitution, and then decided to refer the bill to its financial and economic affairs counterpart as such an issue is under the jurisdiction of the latter.

Member of the Legislative Affairs Committee MP Khalid Al-Otaibi disclosed that he voted against the bill because the proposed stipulation is already covered by the existing law. He said he respects the legislative role of MPs, but the special nature of the Kuwaiti society must be considered as well. MP Hamdan Al-Azmi attacked the bill, indicating he is surprised by the timing of submission and quick inclusion of the bill in the agenda of the upcoming session.

He argued there are many other bills which are more important and necessitate immediate discussion, stressing the corrupt are more likely to be considered disgraceful than those participating in consultative meetings.

On the other hand, MP Al-Humaidi Al-Subai’e said he has been warning for a long time about the miserable condition of Wafra Road (Road 306) which he named ‘road of death’.

He asserted the ministers of Public Works, Interior, Commerce and Industry will be subjected to grilling unless the issue is solved within two weeks. In another development, MP Ahmed Al-Fadl praised the steps taken by the government in dealing with corruption. However, he still called on the government to dismiss any official referred to the Public Prosecution or Kuwait Anti- Corruption Public Authority (Nazaha) for involvement in corruption. He said he could be talking in general, but he is actually referring to the secretary general of the Secretariat General of Awqaf whose term is supposed to end in August. 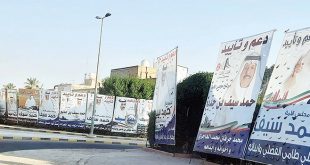 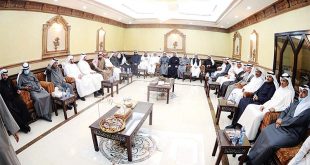 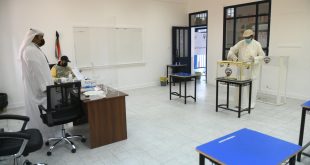 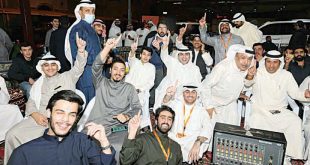