KUWAIT CITY, Sep 16: An arrest order has been issued by the Attorney General of the Capital to arrest a Pakistani expat who has been accused of stealing 36 Kgs of Gold worth 710,000 KD.

According to a security source, a Kuwaiti citizen who owns jewelry stores in the capital said that a Pakistani expatriate who works for him robbed 36 kilos of pure gold. It was not clear whether the gold was stolen at one time or that the thefts occurred in intervals, and whether the accused has his passport in hand or not. 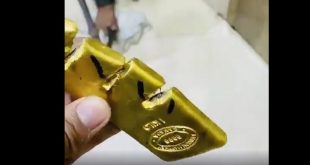 Pakistani killed while working on a farm