ISLAMABAD, Dec 19, (Agencies): The US Embassy in Islamabad said it has received information on possible terrorist attacks in the Pakistani capital in late December, warning Americans to avoid busy public places during the Christmas and New Year holiday period. “Possible targets include places of worship and shopping centers,” the US embassy said in a statement, without giving specifics of the information that led it to issue the warning on Friday. Pakistani police and other officials were not available Saturday to comment on the warning.

However, a Pakistani intelligence official said there is a “general threat perception” but no specific threats. He spoke on condition of anonymity because he was not authorized to speak to the media. American citizens should “minimize the number and duration of trips” to crowded places such as markets, restaurants, hotels and places of worship and other locations where large numbers of people congregate, the warning said.

American government personnel are under additional movement restrictions in coming weeks, including religious venues and large shopping centers. In August, the US State Department warned Americans against all non-essential travel to Pakistan, citing the threat of foreign and domestic terrorist groups operating throughout the country. In July this year, gunmen shot and killed a local employee of the US Embassy in Islamabad. Iqbal Baig was working for the US Drug Enforcement Agency.

Last year, IS, an al-Qaeda offshoot, proclaimed its leader as “caliph” — the head of the state. Al-Baghdadi aspires to establish a global caliphate with himself at its head. The latest statement from the Pakistani Taleban comes amid speculation that the movement’s leadership, whose goal is to topple the government of prime minister Nawaz Sharif and set up a sharia state, is actually wary of IS, which is driven by different ambitions that have little to do with South Asia.

“Baghdadi is not Khalifa (caliph) because in Islam, Khalifa means that he has command over all the Muslim world, while Baghdadi has no such command; he has command over a specific people and territory,” the Pakistan Taleban said in a statement. “Baghdadi is not a Islamic Khalifa because his selection is not according to Islamic rules,” the statement said, adding that the IS leader had little control in Muslim countries like Egypt, Libya, Yemen and Afghanistan.

The Pakistani Taleban operate separately from the Afghan insurgents of the same name, but are loosely aligned with them. Late last year, a few breakaway factions of the Pakistani Taleban declared allegiance to Islamic State and ordered militants across the region to join its campaign to set up a global Islamic caliphate. Pakistani authorities say IS has no financial ties with any Pakistani group. But there are concerns about further turmoil in the region as US-led foreign troops withdraw from Afghanistan, with groups like the Haqqani network and IS likely to exploit the security vacuum. The entry of Islamic State, while its numbers remain small, will also complicate Pakistan’s fight against indigenous Islamist militants fighting to overthrow the government. The Pakistani Taleban have been beset by bitter internal rivalries in the recent past, with the influential Mehsud tribal faction of the group refusing to accept the authority of Mullah Fazlullah, who came to power in late 2013. 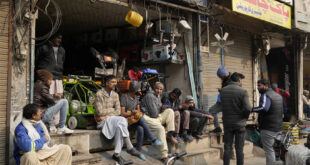 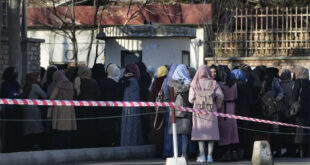 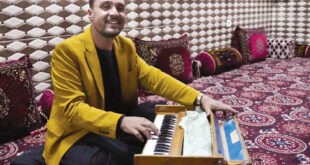 This post has been read 4035 times! Centuries-old musical heritage at risk of vanishing KABUL, …