The resolve is expressed during the visit of a high level Kuwaiti delegation led by Assistant Foreign Minister on Asian Affairs, Ali Suleiman Al-Saeed to Islamabad. According to the Pakistan Foreign Office, during the visit, the Kuwaiti delegate called on Foreign Minister of Pakistan, Shah Mehmood Qureshi in Islamabad. Qureshi reaffirmed Pakistan’s desire to forge stronger bilateral relations with Kuwait. He stressed the importance of deepening and diversifying bilateral cooperation; in particular, in the areas of trade, investment, manpower export, and food security. He also underscored the importance of facilitating travel between the two countries, which could be instrumental in significantly enhancing bilateral interactions in myriad fields.

The Foreign Minister lauded the positive and constructive role played by the Kuwaiti leadership towards the resolution of differences among the Gulf Cooperation Council (GCC) countries. The Assistant Foreign Minister reciprocated the Foreign Minister’s views on further fortifying the bilateral relationship. He said his visit reflected the keenness of the leadership of Kuwait to enhance cooperation and collaboration with Pakistan in diverse arenas.

During the meeting, the two sides expressed satisfaction at mutual collaboration in multilateral organizations, in particular the United Nations and the Organization of Islamic Cooperation (OIC). Views were also exchanged on regional developments, including stability in the Gulf, Middle East and China-Pakistan Economic Corridor (CPEC), said Foreign Office. The Kuwaiti delegation also visited the Ministry of Economic Affairs, the Interior Ministry and Ministry of Overseas Pakistanis and Human Resource Development.

The Secretary Economic Affairs during the meeting with the delegation emphasized upon enhancing bilateral economic relation for mutual benefit of both the countries. He appreciated the generous support of Kuwait in development projects in Pakistan and the debt suspension facility provided by the Kuwait Fund for Arab Economic Development to overcome Covid-19 situation. Both sides took a review of bilateral economic relations and resolved to move forward for enhancing cooperation in economic, trade, oil and gas, energy, investment, agriculture, IT and health sector.

The secretary EAD underscored the need to sign a Framework Agreement with Kuwait Fund for financing the various projects in infrastructure, energy and social sector. Both sides agreed to hold the next Session of Joint Ministerial Commission in near future. The Assistant Foreign Minister of Kuwait hoped that the forthcoming meeting of the Joint Commission will be instrumental in paving the way for future cooperation between the two countries.

Share
Previous 31st Jan
Next Tiff over categories – Who gets bonus? 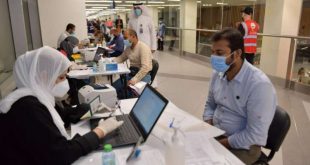 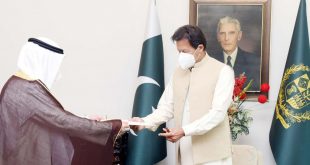 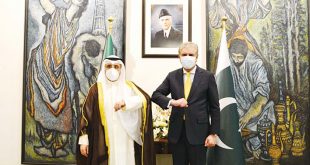 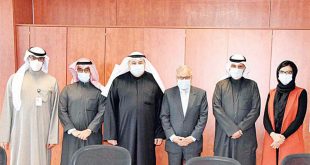 ISLAMABAD, Dec 29: Pakistan, on Tuesday, sent 196 medical professionals to the State of Kuwait …