KUWAIT CITY, June 22: Upon instructions from the Ministry of Interior, the Public Authority for Civil Information (PACI) has stopped correcting the Latin names of residents which is now being done online, reported Al-Qabas daily.

However, PACI continues to provide its electronic services for the Latin name whether checking it before printing the civil ID card or after it has been corrected but will not make the corrections as it was done before, said the daily quoting sources.

The sources added the correction of the names will now be done by the immigration departments (Computer Department) in all governorates. The sources pointed out, PACI no longer receives requests for correction of names which is done through the automated system.

However, they will receive transactions if there is an error in the civil card which has been issued after cross checking with the document issued by the Ministry of Interior.

The number of transactions for renewal of civil IDs, which began on March 10 after the ministry decided to do away with the residence sticker on the passport, has exceeded 250,000 at a rate of up to 20,000 IDs per day and the IDs were full of errors committed by the employees of the Interior Ministry.

Some residents complained that their names on their IDs were correct both in Arabic and English but after the renewal they were shocked to find serious mistakes and erroneous amendments which forced them to visit the immigration departments again and submit requests for correction for which they had to wait in queue for hours.

They pointed out some departments had earlier succeeded in correcting the name after a request was submitted without having to wait for completion of transactions since they were notified by SMS after completion, but other departments did not follow suit causing unprecedented chaos.

If you need to correct your name on civil id pls visit
https://e-envelope.paci.gov.kw/Eservices.aspx 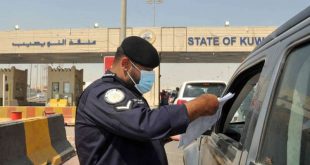 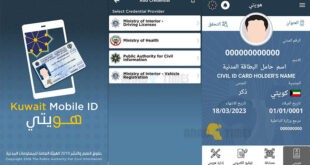