KUWAIT CITY, Nov 29: MP-elect and opposition member Waleed Al- Tabtabaei has unveiled a plan to form a coordinative group consisting of 25 MPs, clarifying this will not be a separate bloc as it happened previously with the majority bloc.

He affirmed there will be coordination between members of the group, adding that he expects revival of the Development Bloc, especially since majority of its members managed to return to the National Assembly.

He pointed out that parliamentary work depends on institutional coordination and teamwork which require formation of parliamentary blocs and cooperation between most MPs. He said, “We support anything that serves the homeland and citizens.”

He described the recent election results as people’s uprising against that of the 2013 Parliament, considering the large number of reformers or those with reformist orientation.

“Reformers in the 2012 Parliament would have outnumbered those in the newly elected legislature had it not been for the one-vote system,” he asserted. He said the composition of the incoming Parliament is a blend of the experienced and youths.

Talking about priorities, Al-Tabtabaei disclosed they will try to amend the one-vote system, repeal the DNA and offending laws, work on legislation to regulate leadership positions, independence of the judiciary and court disputes.

He also intends to focus on supervising public money specifically in Kuwait Investment Authority, as well as push for the establishment of a second or even third university.

He went on to say he will join the Legislative, Human Rights and Housing committees so he can follow up the housing issue; while stressing the need to reform the Negative Phenomena Committee.

Another opposition figure, MP-elect Mohammed Al-Delal, revealed that his list of priorities will include a range of issues such as the economic reform document review, amendment of the Electoral Law, anti-corruption bills, administrative reform, security, freedom and citizenship.

In a press statement, he asserted, “Given the importance of the current phase and in line with what we heard from the voters during the campaign period, the Parliament must work seriously and coordinate with all concerned parties to ensure adoption of national priorities.

On the other hand, MP Marzouq Al-Khalifa said his top priorities include the withdrawal of citizenship and other issues concerning citizens such as the economic reform document.

He stressed, “We will never accept the document if it affects the citizens’ pockets.” He called for a plausible solution to the gasoline price hike, especially since citizens suffered a lot due to this issue. He added the withdrawal of citizenship has become a public opinion issue which was the main topic in the electoral campaign.

He considers this a just cause which requires serious stand among the MPs in order to restore the citizenship of those affected by the nationality cancellation decision. 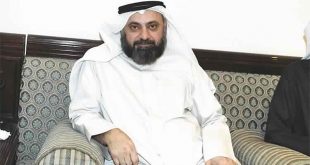