KUWAIT CITY, Aug 17: A fight erupted between a Kuwaiti and three Arabs – a Jordanian and his father, and an Egyptian, reports Al-Seyassah daily. According to a security when the Operations Room of the Ministry of Interior received a report on the quarrel on the coast of the Fintas beach, securitymen moved to the location of the report, two Jordanians (the man and his father) said a Kuwaiti who was carrying knife beat them and one of them received a stab wound.

The Kuwaiti said he became angry and accused the young Jordanian (13-year-old) harassed his wife. As for the Egyptian, he said the Kuwaiti threatened to kill him when he intervened to solve the problem. He too testified that the Kuwaiti was carrying a knife. 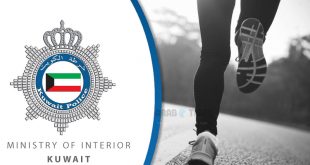