‘Old cars not allowed on roads’

KUWAIT CITY, June 8: Personnel from the technical inspection sector of the General Traffic Department under the leadership and supervision of Colonel Mishaal Al- Suwaiji, cordoned off the Khaitan area and arrested many violators, most of them motorists whose driving licenses had expired and seized vehicles which were found to be not road worthy, reports Al-Rai daily. Director of the Technical Inspection Department, Colonel Mishaal Al-Suwaiji, said in an exclusive statement to a local Arabic daily that these campaigns are continuing in all governorates of the country to arrest violators, based on instructions issued by the Minister of Interior Lieutenant-General (Retd) Sheikh Ahmad Al-Nawaf, the Undersecretary of the Ministry, Lieutenant-General Anwar Al-Barjas, and the Traffic Sector Undersecretary, Major General Jamal Al-Sayegh.

Sources said the campaigns are organized to control traffic, monitor violators and impound vehicles that are not road worthy and usually pose a danger to vehicle drivers and cause serious accidents. He explained that the campaign comes to raise traffic awareness for citizens and residents and to ensure their safety, especially with the advent of the summer season and the frequent occurrence of accidents due to worn out tires or inefficiency of the vehicle traveling on the road, which poses a danger and causes loss of lives and property, stressing that no vehicle that lacks security and durability conditions should escape. Al-Suwaiji concluded that an audit will be conducted on all violating vehicles and a ‘block’ will be placed to check the vehicle’s file and see how the vehicle passed the inspection and legal measures will be taken against the employee who examined it. 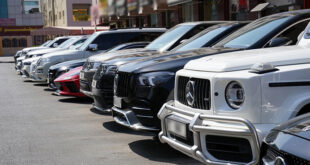 Increase in car sales in 2022; Demand for new vehicles on rise 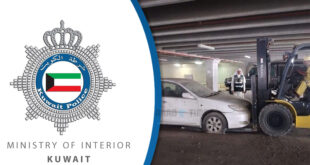 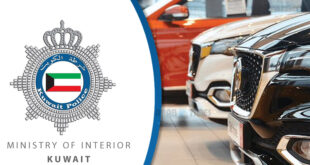 3 Kuwaitis arrested due to delay in delivering luxury cars

This post has been read 60779 times! More than 60 complaints received KUWAIT CITY, June …