WITH the arrival of the new COVID-19 variant, the global stock markets have been hit hard due to new restrictions that have put new curbs on global trading. These restrictions also have negatively impacted travelers, thus slowing down the current demand that was growing, and forcing the oil prices to go below $80 per barrel as a result. This came at a time that was convenient for the US, as they were about to start releasing oil from its strategic reserves in order to bring down the prices, as the prices had gone up to above $80. Today the oil price is coming down because of the recent developments of the new COVID-19 variant that has hit some parts of South Africa and forced some governments to start introducing travel restrictions again.

Any step by the US to release oil from its reserves and the rest of five other countries will not ease pressure on the oil prices, as it will be taken from the global oil supply with the need to replenish the same volume again in the future. This might take a long time, provided the oil prices will be cheaper than the current level. Interference of the American administration in the free market is unprecedented solely due to the US voters, as it knows that other actions could be taken by oil producing countries. Let us assume that OPEC-Plus agrees to reduce or limit its normal monthly volume of 400,000 barrels per day during its forthcoming meeting on December 2. What will be the reaction of the US? Certainly, the oil organization will not act accordingly, as it is more disciplined, organized, and updated about the oil availability.

Also, it has now mastered the global supply demand in reaching its final consensus. Surely OPEC-Plus will not behave and go for tick tack. The US’s action to force down the oil prices will not work, as it cares about its own domestic voters. OPEC-Plus cares too and wants to recover from last year’s doomed oil price which had resulted in losing revenues worth billions of dollars. It was forced to resort to borrowing globally from most of the financial institutions, as well as sell and share its energy assets in order to generate the desired cash to make up for the losses caused by low oil prices.

Similar to the US which wants to protect its consumers from high oil prices, OPEC-Plus members also need to build up their own foreign cash reserves too. The US government must also take the blame for the rise in the oil prices because of the hasty policy of frightening and pushing oil companies to refrain from investing in fossil oil and thus losing close to one million barrels per day of domestic production. At the same time, the very same government did not sign or commit to reducing the level of coal use, along with China and India, and phasing out the use of coal, which is regarded as the dirtiest fuel globally. This time, the interference of the new variant contributed to lowering the oil prices but for how long? The US has to re-think its energy policy, as conversion will take time and oil will not tame US consumers’ wanted level. The lost one million of the domestic production must be brought back. 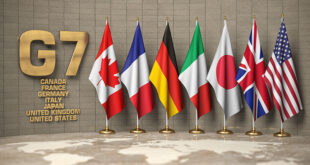 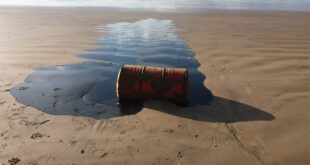