KUWAIT CITY, Jan 30, (Agencies): The Kuwaiti Ministry of Health has authorized the emergency use of Oxford-AstraZeneca vaccine to protect people from the novel coronavirus. The authorization was issued after a detailed review of all relevant scientific data and reports and after conducting a comprehensive evaluation of the vaccine’s safety, efficacy and quality, Assistant Undersecretary for drug and food control Dr. Abdullah Al-Bader said in a press statement on Friday.

He added that a ministry technical committee also reviewed the results of the vaccine clinical trials, particularly those related to the effectiveness and safety aspects of the vaccine.

Al-Bader emphasized that the ministry will closely monitor the vaccine’s safety after using it and will take all necessary measures to ensure safety of people. The ministry official also unveiled that Kuwait will receive the first batch of the Oxford-AstraZeneca vaccine doses within days to help accelerate the vaccination campaign.

The Oxford-AstraZeneca vaccine, manufactured by the Serum Institute of India under a license from AstraZeneca, was approved for emergency use by the European Medicines Agency and Britain’s Medicines and Healthcare products Regulatory Agency, he noted. Al-Bader, moreover, added Serum Institute of India is an accredited vaccine manufacturer by the World Health Organization (WHO) and the Gulf Cooperation Council (GCC).

The first one-shot COVID-19 vaccine provides good protection against the illness, Johnson & Johnson reported in a key study released Friday, offering the world a potentially important new tool as it races to stay ahead of the rapidly mutating virus.

The pharmaceutical giant’s preliminary findings suggest the single-dose option may not be as strong as Pfizer’s or Moderna’s two-dose formula, and was markedly weaker against a worrisome mutated version of the virus in South Africa. But amid a rocky start to vaccinations worldwide, that may be an acceptable trade-off to get more people inoculated faster with an easier-to-handle shot that, unlike rival vaccines that must be kept frozen, can last months in the refrigerator. “Frankly, simple is beautiful,” said Dr. Matt Hepburn, the US government’s COVID-19 vaccine response leader

Plans
J&J plans to seek emergency use authorization in the US within a week. It expects to supply 100 million doses to the US by June – and a billion doses globally by year’s end – but declined to say how much could be ready if the Food and Drug Administration gives the green light.

Defeating the scourge that has killed more than 2 million people worldwide will require vaccinating billions. The shots being rolled out in different countries so far all require two doses a few weeks apart for full protection. Nearly 23 million Americans have received a first dose of Pfizer or Moderna shots since vaccinations began last month, but fewer than 5 million have gotten their second dose.

Also Friday, regulators cleared a third option, Astra- Zeneca’s vaccine, for use throughout the European Union. The decision came amid criticism that the 27-nation bloc is not moving fast enough, as well as concern that there’s not enough data to tell how well the vaccine works in older people. J&J studied its one-dose option in 44,000 people in the US, Latin America and South Africa.

Interim results found the shot 66% effective overall at preventing moderate to severe COVID-19, and much more protective – 85% – against the most serious symptoms. There were no serious side effects. “Gambling on one dose was certainly worthwhile,” Dr. Mathai Mammen, global research chief for J&J’s Janssen Pharmaceutical unit, told The Associated Press. The vaccine worked better in the US – 72% effective against moderate to severe COVID-19 – compared with 66% in Latin America and 57% in South Africa, where a more contagious mutant virus is spreading. The reduced protection against that mutation is “really a wake-up call,” said Dr. Anthony Fauci, the top US infectious- disease expert. The more the virus is allowed to spread, the more opportunities it has to mutate. Vaccine makers are looking into how to alter their shots if necessary. For now, the findings are an incentive “to vaccinate as many people as we possibly can,” Fauci stressed.

Data is mixed on how well other vaccines being used around the world work, but the Pfizer and Moderna shots were 95% protective in large US studies. It’s not fair to compare studies done before the record surges of recent months and discovery of new mutants – they might not turn out the same today, cautioned Dr. Jesse Goodman of Georgetown University, a former FDA vaccine chief. Novavax Inc. said Thursday that its COVID-19 vaccine appears 89% effective based on early findings from a British study and that it also seems to work – though not as well – against new mutated versions of the virus circulating in that country and South Africa. The announcement comes amid worry about whether a variety of vaccines being rolled out around the world will be strong enough to protect against worrisome new variants – and as the world desperately needs new types of shots to boost scarce supplies. The study of 15,000 people in Britain is still underway. But an interim analysis found 62 participants so far have been diagnosed with COVID-19 – only six of them in the group that got vaccine and the rest who received dummy shots.

Share
Previous How many COVID variants are there?
Next PAM hikes cancellations; ‘Sanitation’ chases illegals 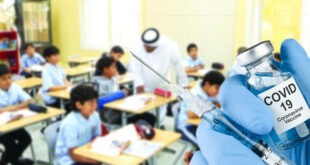 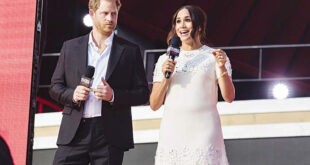 Nod to booster shots for vulnerable

WASHINGTON, Sept 11, (Agencies): A large study by the US Centers for Disease Control and …